The summer transfer window may be closed but managers are already thinking ahead to future transfer windows so we’ll bring you all the latest news and gossip. Today, Arsenal are set to hold talks over Marcelo Brozovic. 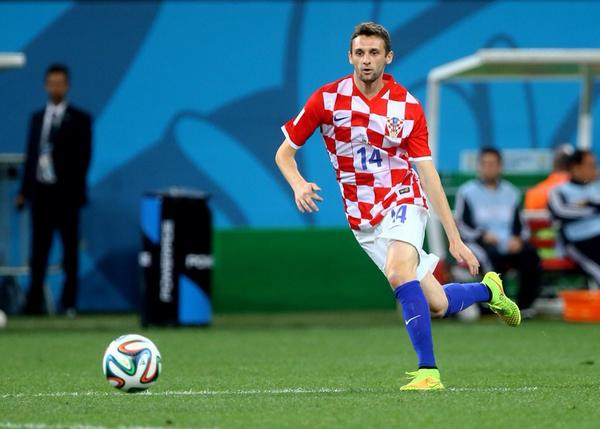 The agent of Marcelo Brozovic claims he is due to hold talks with Arsenal next month over a potential switch to the Emirates for the Dinamo Zagreb midfielder, according to reports.

The 21-year-old earned a place in the Croatia squad for this summers World Cup finals and it’s in Brazil where he supposedly caught Arsene Wenger’s eye with reports suggesting the boss has sent scouts to watch the youngster in action several times already this season.

Our talent-spotters must have liked what they saw as the midfielders agent, Miroslav Bicanic, has confirmed that Arsenal are one of a number of clubs he’s due to hold talks with next month when he’s in London for Croatia’s friendly with the USA at Wembley in November.

“Croatia plays USA in November in London and during our stay there we will hold meetings and negotiate with several English teams,” Bicanic is quoted as telling Goal

“Yes, I can confirm Arsenal are one of them.”

Brozovic made his name as an attacking midfielder but he’s been deployed in a more defensive midfield role in recent months, so Wenger could see him as a long-term replacement for Mikel Arteta in the middle of the park.

It remains to be seen who the other interested clubs are but it sounds like we’ll face plenty of competition for the youngsters signature. It’s also unclear what kind of transfer fee Zagreb would demand but as he still has over five years left to run on the seven-year contract he signed in 2012, I’m sure the Croatian outfit won’t be looking to sell him on the cheap.