Arsenal and Manchester City are scouting Leicester City’s Liam Moore ahead of a potential January battle for the highly-rated centre-back, according to reports.

The summer transfer window may be closed but managers are already thinking ahead to future transfer windows so we’ll bring you all the latest news and gossip. Today, Arsenal and Man City are linked with Liam Moore. 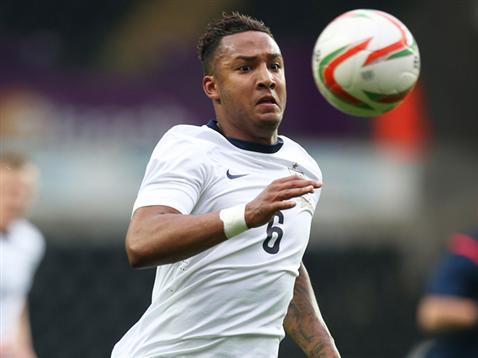 Arsenal and Manchester City are scouting Leicester City’s Liam Moore ahead of a potential January battle for the highly-rated centre-back, according to reports.

Moore came through the Leicester youth ranks before breaking into the first team set-up in 2011 and subsequently enjoyed loans at Bradford and Brentford over the next two seasons.

He returned to the King Power Stadium in 2013 and established himself as a first team regular in Nigel Pearson’s Championship winning side, with his superb displays at the back helping the Midlanders gain promotion to the Premier League.

The 21-year-old has continued that impressive form in the top flight this season and it seems he’s attracting interest from some Premier League’s heavy weights as the Mirror are reporting that Arsenal and Manchester City are both keeping a close eye on his progress.

The newspaper suggests that Arsene Wenger and Manuel Pellegrini have sent their scouts to watch Moore in action on several occasions this season and they could be ready to battle-it-out for his signature in January.

Arsenal are short of numbers at the back after failing to sign a replacement for Thomas Vermaelen in the summer and Wenger has already admitted he will look to bring in another option this winter, and Moore would be the kind of young talent that the Frenchman could help nurture.

However, City are also understood to be in the market for another option at the back and with Pellegrini keen on boosting their number of home-grown players, England Under-21 international Moore could appeal.

Leicester will be desperate to hang on to the youngster and already showed their determination by rejecting a £5m bid from Fulham last January. However, they may find it more difficult to keep hold of him if the likes of Arsenal and City come calling as Moore is sure to have his head turned by the prospect of joining a Champions League club.

Moore is predominantly a centre-back but is also capable of playing at right-back if needed so his versatility is also likely to appeal to the likes of Wenger and Pellegrini, but we’ll have to wait and see if they make their interest official this winter or continue to monitor him ahead of a summer swoop.