Manchester United have been handed a major injury boost with the news that Angel Di Maria is expected to be passed it to face Chelsea, according to reports. 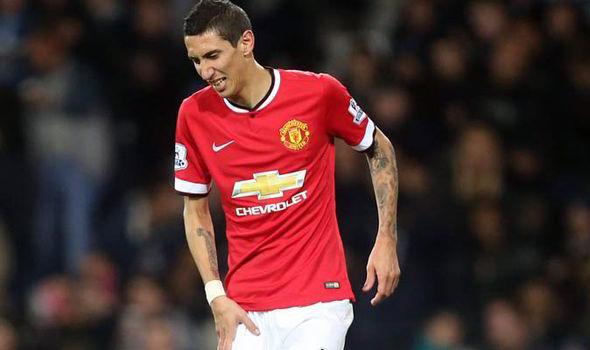 Manchester United have been handed a major injury boost with the news that Angel Di Maria is expected to be passed it to face Chelsea on Sunday, according to reports today.

Despite United’s inconsistent early-season form, Di Maria has enjoyed an encouraging start to life at Old Trafford having made a club record move from Real Madrid in the summer with three goals and four assists to his name so far.

The 26-year-old limped off during the closing stages of United’s 2-2 draw with West Bromwich Albion at the Hawthorns on Monday with what appeared to be a thigh problem, making him a real doubt to face Chelsea this coming weekend.

However, the Telegraph claim that Di Maria was at United’s Carrington training base on Wednesday to take part in some light training and boss Louis van Gaal is now understood to be ‘cautiously optimistic’ that the attacker will be passed fit for Sunday’s clash.

An apparent source has also played down the injury to the newspaper, saying “it was just a kick“, which suggests the Argentinean international should have a good chance of taking part against Chelsea.

It would obviously be a huge blow to United if Di Maria was ruled out as he’s been a rare shining light in what’s been another frustrating few months for the Old Trafford faithful, so his availability will come as a major fillip to van Gaal.

The Dutchman is already without captain Wayne Rooney as he serves the final of his three game ban following his sending off against West Ham, and he’ll have to decide who makes way if Radamel Falcao is to return to the starting eleven this weekend, with Adnan Januzaj the most likely to drop back to the bench.

As for Chelsea, they are sweating on the fitness of striker Loic Remy after he was forced off with a groin injury against Maribor on Tuesday, while Diego Costa has spent time in hospital after picking up a stomach bug.