Arsenal boss Arsene Wenger has confirmed that Laurent Koscielny is facing at least another month on the sidelines as he continues to nurse an Achilles injury. 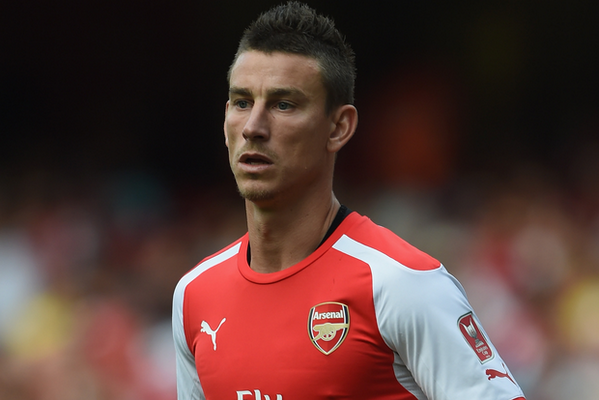 Arsenal boss Arsene Wenger has confirmed that Laurent Koscielny is facing at least another month on the sidelines as he continues to nurse a troublesome Achilles injury.

Koscielny has been hampered by the problem all season and aggravated the injury while away with the French international squad for their Euro 2016 qualifiers earlier this month.

It was initially hoped the 29-year-old could be back within a week but having already missed games against Hull City and Anderlecht, it appears the defender is now set for an extended period on the sidelines.

Speaking at his pre-match press conference this morning ahead of Saturday’s trip to Sunderland, Wenger revealed that although he had no specific return date for the centre-back he ‘hoped’ to have him fit again after the next international break.

If this time-frame proves accurate then Koscielny is set to miss our upcoming games against Sunderland, Burnley, Anderlecht and Swansea before the players head off on international duty on the 10th November.

Koscielny will then have a further two weeks to rest with Wenger hoping he could return for our huge clash against former champions Manchester United on the 22nd.

This is obviously a huge blow as Koscielny is arguably the one player we couldn’t afford to get injured as we are worryingly thin of options at the back, as with Mathieu Debuchy already out until the New Year, Calum Chambers – who is our third-choice centre-back – has been forced to fill in at right-back.

Wenger does have the option to play 19-year-old Hector Bellerin on the right with Chambers in the middle but he’s instead opted to play Nacho Monreal as a make-shift centre-back in our last two fixtures, and he’s expected to stick with this line-up against Sunderland.

Wenger on Koscielny: "I cannot give you any date. I hope he will be available after the next international break" pic.twitter.com/DBwnLovI06