Arsenal In Talks To Sign Serie A Defender This January

Arsenal have reportedly opened initial talks with the agent of Juventus defender Stephan Lichtsteiner about a potential move to the Emirates this January.

The summer transfer window may be closed but managers are already thinking ahead to future transfer windows so we’ll bring you all the latest news and gossip. Today, Arsenal are linked with a move for Juventus defender Stephan Lichtsteiner. 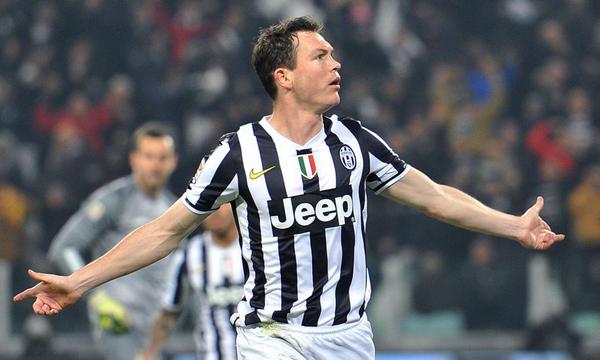 Arsenal have reportedly opened initial talks with the agent of Juventus defender Stephan Lichtsteiner about a potential move to the Emirates this January, according to Italian journalist Gianluca di Marzio.

Lichtsteiner’s current deal at Juve expires at the end of the season and although the Serie A champions are keen to tie him down to a new contract, the Swiss international looks set to leave the club after talks over an extension broke down.

Juventus haven’t given up hope of agreeing fresh terms but they may be forced to cash-in if an agreement isn’t reached over the coming weeks and Italian journalist Di Marzio claims that Arsenal have already met with the players agents to discuss a move to North London this winter.

There’s no doubt we are short at the back and the injuries to Mathieu Debuchy and Laurent Koscielny have only further highlighted our need to strengthen when the window reopens in January.

Arsene Wenger has already hinted he’ll be in the market for a defender and Lichtsteiner would offer us an experienced option at the back. However, the 30-year-old predominantly plays at right-back so while he’d give us competition for Mathieu Debuchy, it still wouldn’t solve our problems in the middle of defence if he was to join the club.

Calum Chambers has been filling in while Debuchy’s been on the sidelines and perhaps if Lichtsteiner was signed, it would allow the 19-year-old to concentrate on being our third-choice centre-back, but I still think we need a fourth option if Wenger isn’t going to promote one of the youngsters like Isaac Hayden.

We’ll have to see how things develop but I’d personally be very surprised if we did sign Lichtsteiner this winter unless we also brought in another central defender too.