Arsenal are ready to make a €12m bid for Spartak Moscow midfielder Romulo after Arsene Wenger made the Brazilian his number one January transfer target.

The summer transfer window may be closed but managers are already thinking ahead to future transfer windows so we’ll bring you all the latest news and gossip. Today, Arsenal are linked with a Brazilian midfielder. 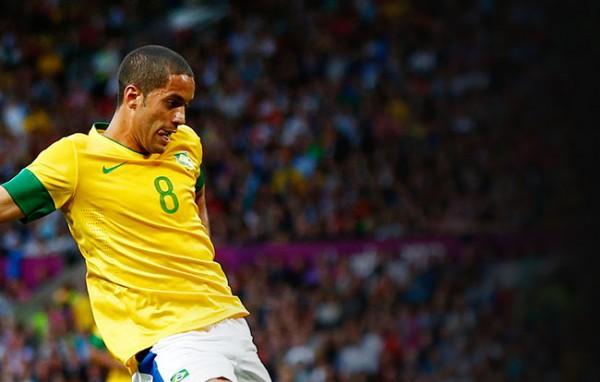 Arsenal are ready to make a €12m bid for Spartak Moscow midfielder Romulo after Arsene Wenger made the Brazilian his number one January transfer target, according to reports.

A new defensive midfielder has been on the agenda for some time but we failed to bring in any of our rumoured targets in the summer despite being linked with the likes of Sami Khedira, Morgan Schneiderlin and Adrien Rabiot.

Our failure to bring in a dominant presence in the middle of the park has already cost us dearly this season with Mikel Arteta unable to influence things in the big games while Mathieu Flamini’s limitations have been badly exposed at times.

However, the Express claim that Wenger is finally ready to fill this problem area when the transfer window reopens in January and has made Spartak Moscow star Romulo his number one target.

The 24-year-old was once tipped as a future star in his homeland and won the first of his eight caps for the Brazilian national team when he was 21 back in 2011, but having made a £6m move to Moscow from Vasco in 2012, Romulo’s career stalled after he was sidelined for over 18 months through injury.

But he’s now back to full fitness and has been impressing in midfield so far this season and it appears he has caught the eye of Wenger, with the newspaper suggesting that Arsenal will test Spartak’s resolve with a €12m (£9.5m) offer which will also include the chance to take Yaya Sanogo on loan.

It remains to be seen how such a bid will be received by the Russian outfit but it’s understood that Gunners chiefs are confident their offer will be accepted. If that turns out to be the case, it will then be down to us agreeing personal terms with the player.

I must admit I haven’t seen too much of Romulo in action but it’s clear we need to sign a new defensive midfielder and although I’d personally prefer a more established name like Khedira or Sneiderlin, if the boss feels he’s the man for the job we just have to trust his judgement.