Arsenal entertain newly-promoted Burnley at the Emirates on Saturday afternoon and Arsene Wenger has given Arsenal.com an early team news and injury update. 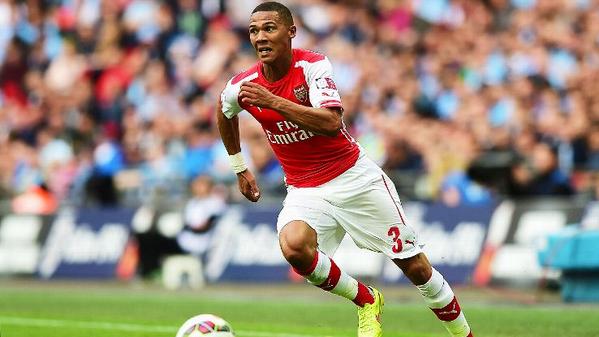 Arsenal entertain Burnley at the Emirates on Saturday afternoon and Arsene Wenger has given Arsenal.com an early team news and injury update.

The Gunners boss confirmed that Jack Wilshere is available again having served his one-match ban by missing the Sunderland game last weekend after accumulating five bookings this season.

The big news is that Kieran Gibbs is a doubt for the Burnley clash after being forced off during the closing stages of our 2-0 win at the Stadium of Light with what initially looked like a calf injury.

However, Wenger has revealed that the full-back has in fact picked up a hip problem and although it’s not serious, he’ll face a late fitness test on Friday before his availability this weekend is determined.

The boss also confirmed that Yaya Sanogo is back in contention after recovering from a hamstring injury that’s plagued him since August but Serge Gnabry and Abou Diaby are still a couple of weeks away from making their comeback as they continue to find full fitness after long-term injuries.

Both players have featured for the Under-21’s in recent weeks but it seems the Arsenal medical team feel they need more time before they are to be in contention for a first team return.

There are a few uncertainties, like Kieran Gibbs. But we’ll know more tomorrow. Apart from that everyone should be available. Wilshere is back from suspension. We have no other injuries and no one else coming back into the squad.

It is a hip problem. He came off at Sunderland with 20 minutes to go. He is a doubt but we’ll know more tomorrow.

He is back available.

on Serge Gnabry and Abou Diaby…

They are not quite ready yet. Gnabry is closer than Diaby fitness-wise. He is a couple of weeks away.

If Gibbs is ruled out then I expect Nacho Monreal to fill in at left-back with Calum Chambers playing in the middle alongside Per Mertesacker and Hector Bellerin coming in at right-back.

Jack Wilshere should come straight back in to the starting eleven but it remains to be seen who Wenger goes with alongside him in the middle of the park with Aaron Ramsey, Mikel Arteta and Mathieu Flamini all vying for starting spots.