Liverpool will be looking to kick start their season when they take on Newcastle at St James’ Park on Saturday. This is the team we think Rodgers will go with 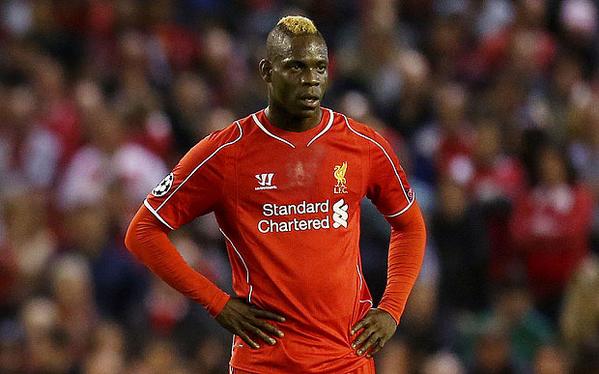 Liverpool will be looking to kick start their Premier League season when they take on Newcastle at St James’ Park on Saturday. This is the team we think Brendan Rodgers will go with:

Goalkeeper: Simon Mignolet is almost certain to be recalled in goal after being rested in midweek. Brad Jones will drop back to the bench.

Defence: Glen Johnson filled-in at left-back against Swansea but Alberto Moreno should come back in to the team this weekend. That could see Johnson move across to right-back while Martin Skrtel is likely to replace Kolo Toure at centre-back. Jose Enrique misses out through injury.

Midfield: Skipper Steven Gerrard is certain for a recall after being given a well-earned breather in midweek but Jordan Henderson and Philippe Coutinho could keep their places with Lucas Leiva likely to drop back to the bench.

Attack: Raheem Sterling was rested for the League Cup clash so he’ll start against Newcastle with Lazar Markovic making way, while Adam Lallana could also start despite Fabio Borini impressing last time out. Mario Balotelli ended his long goal drought against the Swans so the Italian should replace Rickie Lambert up top with Daniel Sturridge still on the sidelines.

So this is how I think Liverpool will line-up against Newcastle: 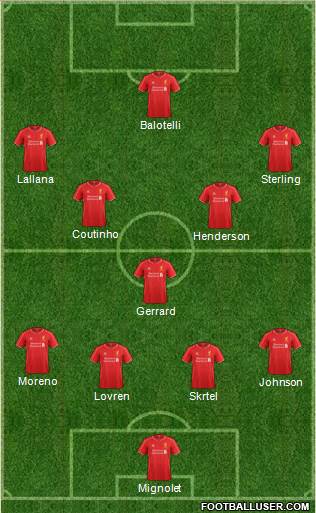 What do you think of the team? What line-up would you like to see put out?