Liverpool will be looking to get their Premier League campaign back on track when they take on Newcastle United at St James’ Park on Saturday lunchtime.

The Reds head into the game off the back of a morale-boosting comeback win over Swansea in the Capital One Cup in midweek where Mario Balotelli and Dejan Lovren scored late goals to book their place in the quarter finals.

However, Liverpool’s domestic form has been hugely inconsistent and a disappointing 0-0 draw with Hull City at Anfield last weekend leaves them down in seventh place and a full nine point adrift of leaders Chelsea.

Brendan Rodgers knows his side have to start putting together a run of victories if they are to have any hopes of pushing for the title this season but they’ll face a tough test against an in-form Newcastle tomorrow.

After a disastrous start the the campaign, the Geordies have turned their season around and they followed up an impressive win away at Tottenham last Sunday with a superb 2-0 win over Manchester City in the League Cup in midweek, so they will be full of confidence heading into this game.

Liverpool will continue to be without star striker Daniel Sturridge as a calf injury is likely to keep him out of action until after the international break.

Mario Balotelli came off the bench to grab a vital goal in midweek and should return to the starting eleven while Rodgers has hinted Fabio Borini could keep his place after impressing against the Swans.

Mamadou Sakho is still out with a thigh injury but Martin Skrtel is likely to return to the starting eleven along with Alberto Moreno after being rested in midweek.

Jose Enrique is out with a knee injury so he joins Jon Flanagan on the sidelines.

Newcastle will be without Cheick Tiote as the midfielder nurses a calf problem which he picked up on international duty earlier this month.

Striker Papiss Cisse is also a doubt with a kneecap problem while defender Mike Williamson is also likely to miss out with a muscle strain. 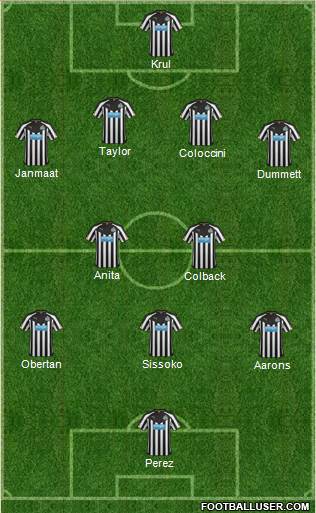 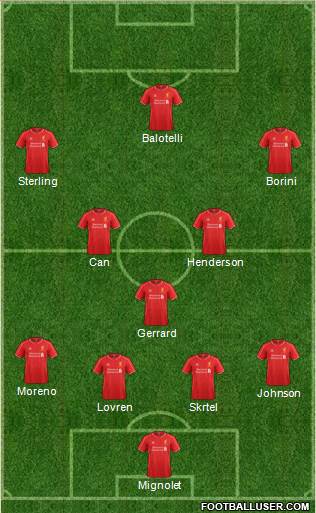 Mario Balotelli: Rodgers will be praying that Balotelli’s goal in midweek will open the flood-gates after a frustrating start to his career at Anfield. He has the ability, now is the time for him to show it.

Newcastle 1-2 Liverpool: Despite Newcastle’s recent resurgence, I think the visitors might just edge this one tomorrow, but it will be a tight game.