Arsenal To Battle Liverpool For €32m-Rated Spanish International This January

The summer transfer window may be closed but managers are already thinking ahead to future transfer windows so we’ll bring you all the latest news and gossip. Today, Arsenal and Liverpool are linked with Real Madrid outcast Asier Illarramendi. 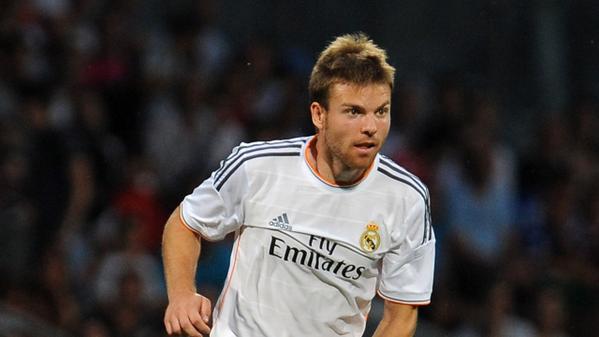 Arsenal are Liverpool are set to go head-to-head over the loan signing of out-of-favour Real Madrid defensive midfielder Asier Illarramendi this January, according to reports.

Illarramendi made his name at boyhood club Real Sociedad and having come through their youth ranks, he established himself as a first team player in 2012.

His superb form for Sociedad in the 2012/13 season saw him attract interest from a whole host of top European clubs but Real Madrid eventually won the race after agreeing to pay a staggering €32m (£25m) for his services – which was a huge fee considering he’d only really had one full season in the Spanish top flight.

After an encouraging debut campaign at the Bernabeu, Illarramendi has since fallen out-of-favour this season with Carlo Ancelotti preferring summer signing Toni Kroos alongside Lukas Modric in midfield, while the return to fitness of Sami Khedira has seen the 24-year-old drop even further down the pecking order.

Illarramendi has started just three games this term, the latest of which came against Cornella last week, but he failed to impress and it looks like he could be set for a short-term move this winter in search of regular first team football.

The Express claim that Madrid have made the Spanish international available for loan in January with Arsenal and Liverpool understood to be among the clubs leading the chase for his signature.

Gunners fans have been crying out for boss Arsene Wenger to bring in a new defensive midfielder as Mikel Arteta lacks the physical attributes to play the role effectively while Mathieu Falmini’s limitations have been exposed this season, and Illarramendi would be an astute short-term fix which would then allow the North Londoners to find a more permanent solution in the summer.

However, it seems Arsenal will face stiff competition from Liverpool with the newspaper report claiming that Brendan Rodgers is also keen on strengthening his midfield options. Captain Steven Gerrard will be 35 at the end of the season so a long-term replacement is going to be needed soon while the future of Lucas Leiva is also uncertain, and it appears the Anfield club have identified Illarramendi as a potential new recruit this winter.

It’s going to be interesting to see how things develop as January approaches but the more Illarramendi sits on the bench the more likely a loan move will become and it looks like two of England’s top clubs are ready to offer him a fresh challenge in the Premier League if he wants out of Madrid.