Liverpool take on in-form European champions Real Madrid at the Bernabeu tonight in the group stages of the Champions League. Here is a preview with team news

Liverpool take on in-form European champions Real Madrid at the Bernabeu tonight in the group stages of the Champions League.

The Reds were humbled 3-0 at Anfield two weeks ago with Cristiano Ronaldo and Karim Benzema putting on a master-class in attacking play so Brendan Rodgers is going to have to figure out a way to stop their fearsome strike-force this evening.

That result made it back-to-back defeats in Europe to leave Liverpool on three points along with FC Basel and Ludogorets in Group B. However, even with another loss tonight, the Merseysiders would still progress to the knockout stages if they win their final two games as long as Madrid do them a favour by also picking up maximum points against their rivals.

Liverpool warmed up for the game with a disappointing 1-0 defeat away at Newcastle United on Saturday so they head into the match in poor form. The same can’t be said of Madrid as they extended their winning run to 11 games with a 4-0 victory over Granada at the weekend to move them top of La Liga, and a 12th successive win tonight would secure qualification to the next phase with two games to spare.

There are strong rumours circulating that Liverpool boss Brendan Rodgers is set to rest a number of key players ahead of this weekends crunch clash with Chelsea, with Steven Gerrard, Raheem Sterling, Mario Balotelli and Dejan Lovren all tipped to be given a breather.

It would be a huge call from the Reds boss and some fans may question whether it’s the right decision given how long they’ve waited to play in these types of games, but Rodgers has confirmed the Premier League is the priority so it does appear he’s ready to ‘throw the towel in’ and play a weakened side.

That could see Lucas Leiva come into the midfield alongside Jordan Henderson while youngster Lazar Markovic is set to be given a chance to impress in attack.

With Mamadou Sakho still out injured, Kolo Toure is in line to start at the back while Rickie Lambert could be given a run-out up front if Balotelli is rested.

Daniel Sturridge has travelled with the squad but is unlikely to feature, so he’ll join Jose Enrique and Jon Flanagan on the sidelines.

As for Madrid, they welcome back Gareth Bale into the squad and he could replace Isco in attack.

Sami Khedira and Asier Illarramendi failed to train on Monday so are expected to once again miss out, and they’ll join defensive duo Fabio Coentrao and Dani Carvajal on the sidelines. 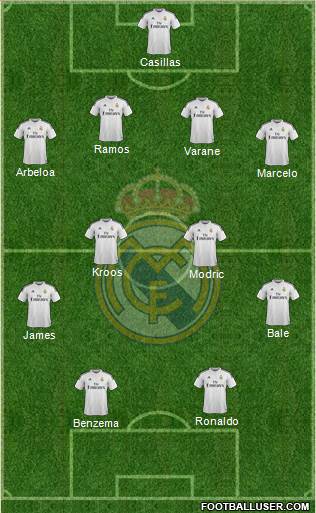 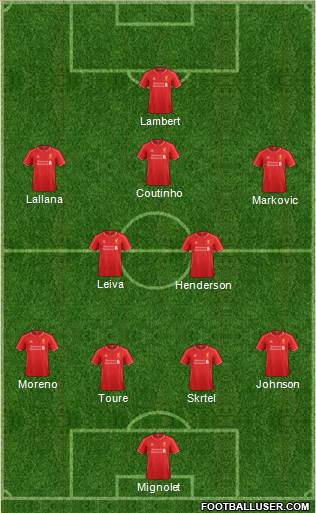 Cristiano Ronaldo: Who else? The Portuguese superstar is in sensational form and you have to fear for Liverpool if he’s on top form tonight as he goes in search of Raul’s European goal-scoring record.

Real Madrid 3-0 Liverpool: Some suggest Madrid could rack up a cricket score if Liverpool field a weakened team but I expect the Reds to still give a good account of themselves. However, they’ll most likely head back to England pointless leaving their qualification hopes in the balance.

What team would you put out and whats your predicted score for the game? Share your views below.