Arsenal threw away a three-goal lead to draw 3-3 with Anderlecht at the Emirates Stadium on Tuesday night. Here are my ratings from the game: 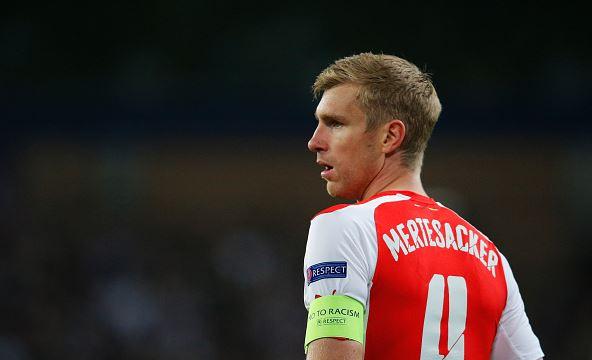 Arsenal threw away a three-goal lead to draw 3-3 with Anderlecht at the Emirates on Tuesday night.

Goals from Mikel Arteta, Alexis Sanchez and Alex Oxlade-Chamberlain put us firmly in control but our defensive frailties were badly exposed once again as we capitulated in embarrassing fashion.

Anderlecht pulled one back in the 61st minute and took control from then on as the player just seemed to panic. It was 3-2 in the 73rd minute when Monreal gave away a penalty before we left ourselves open in stoppage time for the Belgians to nick a point. A disgraceful display from a team that’s meant to be a contender.

Szczesny 6/10 | Superb stop to keep the score at 0-0 but was perhaps at fault for the third.

Chambers 5/10 | Was caught out of position on several occasions and allowed the cross to come in for the vital first goal.

Gibbs 6/10 | Was probably the best of our defenders, but that wasn’t difficult.

Mertesacker 4/10 | Struggled to deal with the pace of the visitors attack and was far too easily beaten by Mitrovic for the equaliser. His poor form continues.

Monreal 5/10 | Was having a solid game until he foolishly gave away the penalty for the second goal and was lucky to stay on the pitch.

Arteta 6.5/10 | Although his lack of pace was a problem at times, he was composed in midfield and we really missed him when he was forced off with a hamstring problem. Hopefully it’s not serious.

Ramsey 4/10 | Very disappointing again from Rambo. Passing was terrible and he looks to have lost a yard of pace. Definitely lacking in confidence right now.

The Ox 7.5/10 | Took his goal wonderfully well and gave the visitors a tough time all evening with his pace and direct running. Why was he subbed?

Cazorla 5/10 | Another below-par display from Santi. He really needs to find his shooting boots soon.

Sanchez 8.5/10 | Scored another stunning goal and made the third after refusing to give up possession. Worked his socks off all evening. Head and shoulders our best player again.

Welbeck 6/10 | Worked hard and made some good runs, one of which resulted in the penalty.

Flamini 5/10 | Failed to dictate the game like Arteta and it cost us as Anderlecht seized control in the final 20 minutes.

You can watch video highlights from the game here

I’m not sure this group of players, managed by this manager, are ever going to change. We’ll always have a soft core and be susceptible to this kind of result until Arsene Wenger brings in a mobile defensive midfielder and a centre-back, and changes our philosophy.