Arsenal boss Arsene Wenger is set to make a formal €13m bid for Fabian Schar with the Swiss defender understood to be keen on a switch to the Emirates.

The summer transfer window may be closed but managers are already thinking ahead to future transfer windows so we’ll bring you all the latest news and gossip. Today, Arsenal are are ready to make their move for Fabian Schar. 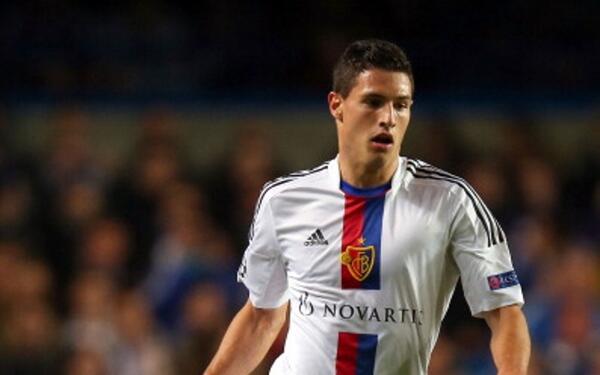 Arsenal boss Arsene Wenger is set to make a formal €13m bid for Fabian Schar with the Swiss defender understood to be keen on a switch to the Emirates, according to reports.

We’ve been left with limited options at centre-back after failing to adequately replace Thomas Vermaelen in the summer and our lack of depth at the back has already been exposed this season, with Nacho Monreal being forced to play as a make-shift central defender while Laurent Koscielny nurses an Achilles injury.

Wenger has already hinted he’ll look to bring someone in when the transfer window reopens in January and it appears Schar has emerged as a key target as the Metro claim that Arsenal will make a €13m (£10m) bid for the Swiss international over the coming weeks.

Schar is in the final year of his contract at FC Basel and has so far been unable to agree terms over an extension, so the Swiss champions may decide to cash-in this winter rather than risk losing him for nothing in the summer and a fee in the region of €13m (£10m) could prove too tempting for them to turn down.

However, much could depend on whether Basel qualify for the knockout stages of the Champions League. They currently sit second in Group B – three points ahead of Liverpool – so if they’re able to hang on to make the next phase they are less likely to allow one of their key men to leave.

If that turns out to be the case, it could get messy as the Metro suggest that Schar wants to join Arsenal so he may try and force a move if we do table a formal offer for his services in January.

There’s no doubt we need to bring in another centre-back and Schar would be an interesting option. He’s been hugely impressive for Basel and although the 22-year-old hasn’t played in the Premier League before, he has experience in the Champions League so I think he’d be a great addition if we could get a deal agreed this winter.