The summer transfer window may be closed but managers are already thinking ahead to future transfer windows so we’ll bring you all the latest news and gossip. Today, Arsenal are linked with Manchester United’s Chris Smalling. 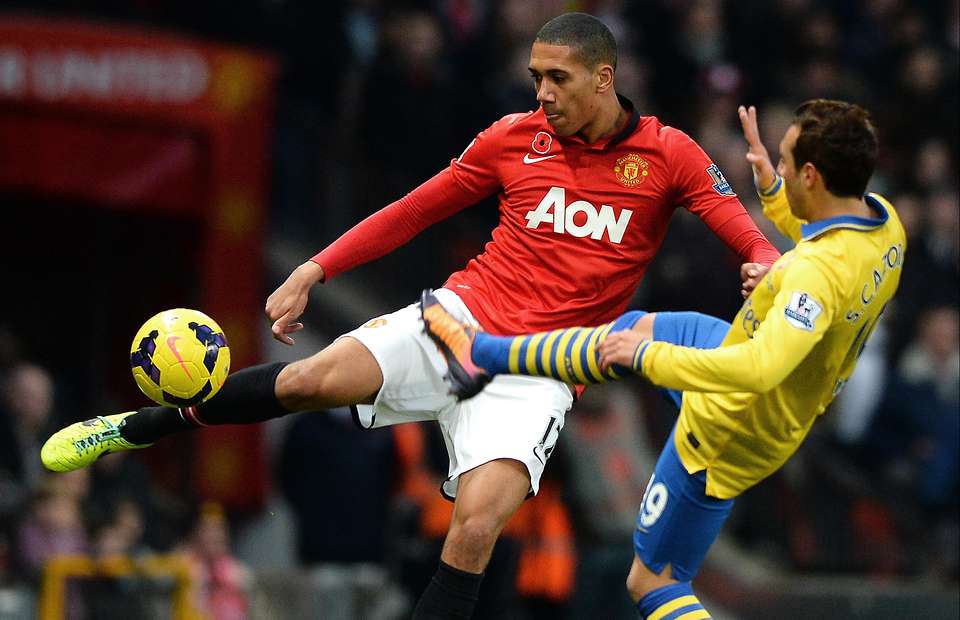 Arsenal boss Arsene Wenger is eyeing a double January swoop to solve the clubs defensive woes with Manchester United flop Chris Smalling emerging as a key target, according to reports.

The Gunners lack of depth at the back has already been exposed this season with Nacho Monreal forced to play as a make-shift centre-half while Laurent Koscielny sits on the sidelines with an Achilles injury.

Their vulnerability in defence was certainly highlighted in midweek when Anderlecht came from three goals down to salvage a 3-3 draw at the Emirates in their Champions League group game.

Arsene Wenger has already hinted he’ll look to strengthen at the back this January and the Mirror claim the Frenchman has made Manchester United’s Chris Smalling a key target this winter.

Smalling has endured a tough season so far at Old Trafford with injuries hampering his development and he’s failed to impress when he has played, with the 24-year-old heavily criticised for getting sent off in the Manchester derby last weekend.

The newspaper suggests that Louis van Gaal is considering selling the former Fulham youngster and that Arsenal will be heading the queue of interested parties with Smalling seen as a better bet than the likes of Aston Villa’s Ron Vlaar or Celtic’s Virgil van Dijk.

It’s not just in defence where the North Londoners have looked vulnerable as many fans have been crying out for a mobile defensive midfielder to be signed with Mikel Arteta and Mathieu Flamini both looking well off the pace this season.

The Gunners failed to land any of their midfield targets in the summer but the Mirror claims that Wenger is ready to renew his interest in Southampton’s Morgan Schneiderlin after Adrien Rabiot signed a new contract at PSG.

Schneiderlin was superb for the Saints last year and was strongly linked with a move during the summer after going public with his desire to follow the likes of Adam Lallana, Calum Chambers and Rickie Lambert out the St Mary’s Exit door.

However, new Southampton boss Ronald Koeman refused to sell anymore of his key players and Schneiderlin was forced to stay, and he’s continued his excellent form as the South Coast club have made an impressive start to the new campaign.

With the club flying high in second place in the Premier League table it’s unlikely they will consider selling Schneiderlin this January so Arsenal may have to wait until the summer if they want to lure the Frenchman to the Emirates.