Chelsea will be looking to cement their place at the top of the Premier League table when they entertain West Brom at Stamford Bridge on Saturday afternoon.

Chelsea will be looking to cement their place at the top of the Premier League table when they entertain West Brom at Stamford Bridge on Saturday afternoon.

The Blues went into the international break off the back of a vital 2-1 win over Liverpool at Anfield which left them four points clear of Southampton and eight ahead of third-placed Manchester City.

Jose Mourinho’s men are still unbeaten in all competitions so far this season and talk of the ‘new invincibles’ continues to intensify with each passing game without defeat. However, Mourinho insists his side will eventually be beaten and his main focus is to try and wrestle the title from Man City’s grasp.

West Brom arrive in the capital sitting 13th in the table after a disappointing 2-0 defeat at home to Newcastle last time out, so Alan Irvine will be looking to bounce back with a positive result this weekend.

He should be confident of doing so considering West Brom’s excellent recent record against Chelsea, with the Baggies losing just one of their previous five meetings and they came within seconds of leaving the Bridge with all three points last season before a controversial last minute penalty saved Chelsea’s blushes.

Chelsea have been boosted with the news that Diego Costa is now considered fully fit after taking advantage of a two-week break to rest his troublesome hamstring.

Cesc Fabregas faces a late fitness test on a thigh injury he suffered against Liverpool but he’s expected to be passed fit, while John Obi Mikel will also be assessed after arriving back late from international duty.

Andre Schurrle is in contention after recovering from the illness that saw him withdraw from the Germany squad last week, while Ramires is available for selection despite carrying a groin knock.

However, Nathan Ake is out for a ‘few weeks’ with a hamstring injury that he picked up while away with the Dutch squad.

West Brom defender Sebastien Pocognoli is a doubt after suffering a hamstring injury against Newcastle but Irvine is hopeful he’ll recover in time to play.

Jonas Olsson is out with an Achilles injury. 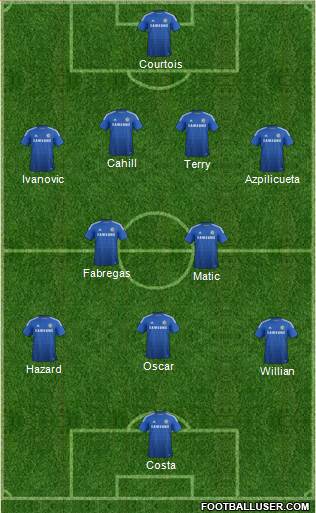 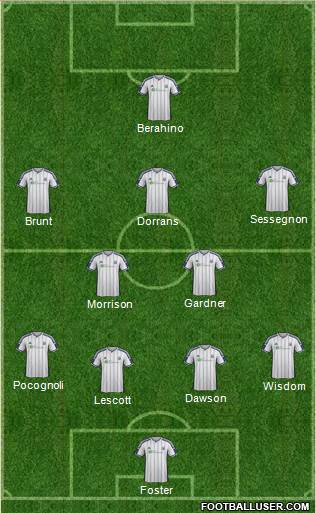 Diego Costa: The Spaniard has been in excellent form following his move from Atletico Madrid, despite carrying a hamstring injury, so if he is now fully-fit, Premier League defences better beware.

Chelsea 2-0 West Brom: The Baggies may gain encouragement from their recent record against the Blues but this Chelsea side looks formidable and I can’t see past a routine home win here.