Arsenal & Man Utd Set To Do Battle Over £12m-Rated Defender

Arsenal and Manchester United look set to do battle over £12m-rated Hull City defender Andy Robertson during the January window, according to reports.

The summer transfer window may be closed but managers are already thinking ahead to future transfer windows so we’ll bring you all the latest news and gossip. Today, Arsenal and Manchester United are linked with Andy Robertson. 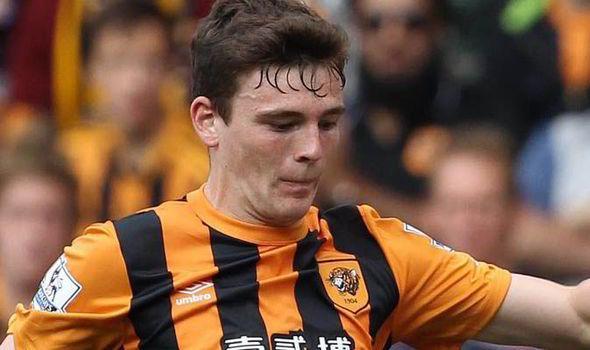 Arsenal and Manchester United look set to do battle over £12m-rated Hull City defender Andy Robertson during the January window, according to reports.

Having previously spent time in England with Queens Park Rangers, Robertson really burst on to the scene during the 2012/13 season when he shone at left-back for Dundee United.

His hugely impressive form in the SPL caught the eye of Hull boss Steve Bruce and he made his way back down south when the Tigers agreed to pay £2.85m on his services last summer.

Robertson has continued to impress both domestically and on the international stage, with the 20-year-old putting in some fine displays in the Premier League while he’s also broken into Gordan Strachan’s Scotland squad and got himself on the score-sheet against England last week.

The left-back’s form has led to speculation linking him with a move away from the KC Stadium already and the Express claim that Arsenal and Manchester United are both keeping a close eye on his progress ahead of potential moves this January.

Steve Bruce has admitted that he’ll find it extremely difficult to hang on to the youngster if he continues his excellent form and revealed that clubs have already started making enquiries for his services.

“There has already been one or two with phone calls asking ‘to keep me informed’. That’s always the first stage.

“I had it with Palacios when I was at Wigan and then Valencia when he went off to Man Utd. And if this kid keeps performing the way he is then it might become inevitable.

“I spoke to Gordon about him in the summer. He threw him in against Nigeria for his first cap. He took to it like a duck to water, and he has done exactly the same when offered the challenge with us.” Bruce was quoted as saying by the Express.

While Bruce refused to disclose the names of the interested parties, the Express suggest that Arsenal and United are the clubs involved with Arsene Wenger and Louis van Gaal understood to be big fans of the Scottish internationals.

Arsenal currently have Kieran Gibbs as their first choice left-back but Nacho Monreal’s long-term future remains unclear so Wenger may see Robertson as a viable alternative should the 28-year-old decide to move back to Spain.

Luke Shaw is viewed as the long-term option for United’s left-back spot but the youngster has suffered a frustrating start to life at Old Trafford due to a number of niggling injuries, so van Gaal may be on the look out for a reliable back-up with Robserton seemingly on his radar.

Obviously Hull will be desperate to keep hold of the defender but the newspaper states that the Premier League big guns are ready to do battle over a potential £12m deal, so Bruce may find it difficult to resist if such an offer comes in.