Arsenal will be looking to book their place in the knockout stages of the Champions League when we take on Borussia Dortmund at the Emirates tonight.

We head into the game still needing a point to secure a place in the next phase after letting slip a 3-0 lead to draw 3-3 against Anderlecht last time out.

That result seems to have knocked the steam out of the side as we’ve subsequently lost 2-1 away at Swansea having led 1-0 before Saturday’s hugely disappointing defeat to Manchester United at the Emirates.

It’s fair to say the pressure is mounting on Arsene Wenger with growing sections of the supporters calling for the Frenchman to resign following our worst start to a season in 32 years, so I’m sure the boss will be hoping to silence his critics with a positive result tonight.

Dortmund have already booked their place in the knockout stages after four consecutive victories and they’ll secure top spot if they avoid defeat this evening.

However, their domestic form has been shocking with Jurgen Klopp’s men winning just three of their 12 games so far and they blew a two-goal lead to draw 2-2 with newly-promoted Paderborn at the weekend to leave them sitting third bottom in the Bundesliga table, so the pressure is also on the visitors to get their season back on track.

Our preparations for the game have been overshadowed by the news that Jack Wilshere is facing another spell on the sidelines after damaging ankle ligaments on Saturday.

Wojciech Szczesny is also out after suffering a rib injury during the United defeat and with David Ospina also out, Emiliano Martinez is set to start in goal.

We’ve also received some positive news with Laurent Koscielny making a shock return from an Achilles injury with Arsene confirming the Frenchman is in the squad tonight.

However, Theo Walcott misses out with a groin strain while Olivier Giroud is ineligible as we decided against registering him for the group stages as he wasn’t expected back from injury until the New Year.

Danny Welbeck is a doubt with a hamstring strain but I think he’ll be passed fit to start up front.

Dortmund also have their injury worries as Marco Reus misses out with an ankle injury and he joins Mats Hummels, Oliver Kirch, Nuri Sahin, Sokratis Papastathopoulos and Jakub Błaszczykowski on the sidelines. 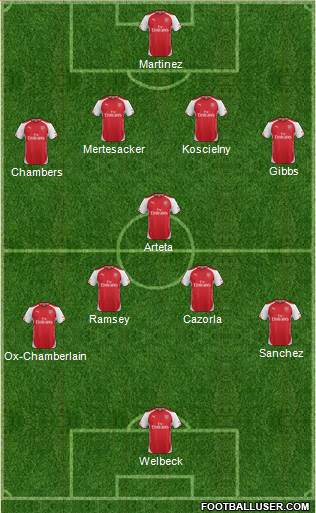 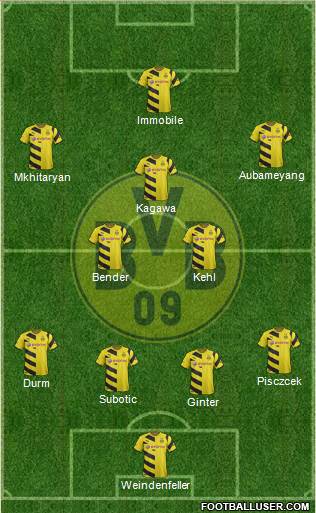 Arsenal 1-1 Borussia Dortmund: Both sides are desperately looking for some consistent form so I think it could be a cagey game this evening. We only need a point to secure qualification and Arsene will be desperate to avoid a third consecutive defeat so I’m expecting a more cautious Arsenal compared to the ‘gung-ho’ side that played United.

Arsenal are the slight favourites tonight at 13/8 and Alexis Sanchez is a tempting 6/1 to be the first goalscorer. However, given our recent form, Ciro Immobile to score first at 7/1 could also be a decent bet and in the end I think a score draw is the most likely outcome.