Manchester United have been handed a major injury boost after defender Jonny Evans came through an hour of Tuesday nights reserve match unscathed. 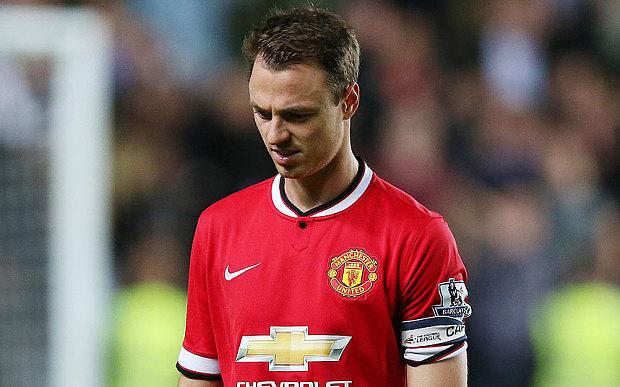 Manchester United have been handed a major injury boost after Jonny Evans came through an hour of last nights reserve match unscathed.

Evans has been restricted to just five appearances in all competitions so far this season after suffering a broken foot during United’s defeat to Leicester City back in September.

It’s safe to say United have sorely missed the Northern Irishman as the Red Devils have struggled to put out a settled back four all year with Phil Jones, Marcos Rojo, Chris Smalling, Paddy McNair, Rafael, Luke Shaw and Tyler Blackett also spending time on the sidelines through injury or suspension at one stage or another this term.

It’s meant Louis van Gaal has had to field a patched-up defence at times which has played a key role in the former champions difficult start to the new season.

However, there is light at the end of the tunnel as Evans is now closing in on a first team comeback after playing a full 60 minutes for the reserves during a 5-0 win over Blackburn on Tuesday night.

Speaking to ManUtd.com, Evans expressed his delight at getting back in action after such a long time out and although he’s now thought to be in contention for this weekends clash with Hull, he admitted it’s down to van Gaal to decide when he’s ready to make his return to the first team.

“It’s nice to get 60-odd minutes under my belt,” Evans said

“It’s been a long time coming. I didn’t expect to be out this long so I’m pleased to get some minutes. I thought the lads played well and it was an enjoyable game to be part of.

“I think the manager will have to assess that [a first-team recall] and also the fitness coaches. I’ve been training for a week or two now but it’s taking me time to get my fitness up as I’ve been out for so long.”

With Evans now over his foot injury he’s looking to kick on and cement himself as a regular in van Gaal’s starting eleven, and he believes United have simply been unlucky this season to have suffered so many injuries at the back.

“That’s the aim [to be a regular]. You’re looking at that at the start of the season. Players don’t get injured on purpose.

“There have been injuries with the odd hamstring or groin, there have been quite a few of those, but Rojo dislocated his shoulder and I had a fracture in my foot. There were a couple of other injuries – Phil Jones has got one that came out of the blue.

It remains to be seen whether van Gaal brings Evans straight back in for Saturday’s visit of Hull to Old Trafford but Paddy McNair and Chris Smalling may feel a little unfortunate if they were dropped following their performances during last weekends 2-1 win at Arsenal.

Either way, it’s a major boost for United to have Evans fit again and it will give van Gaal another vital option at the back as he looks to finally find some consistent form following a hugely frustrating opening few months in charge at the club.