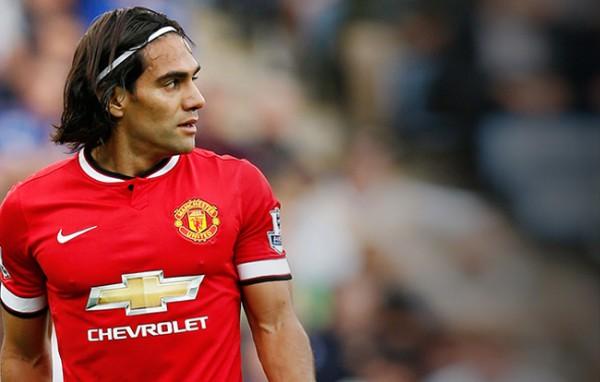 Manchester United will be hoping to cement their place in the top four when they welcome Hull City to Old Trafford on Saturday afternoon.

The United manager confirmed that Radamel Falcao could be back in contention after recovering from a calf problem that’s seen him miss the last four games.  The striker returned to full training last week but will be handed a late fitness test this afternoon before his availability is determined.

Marcos Rojo also returned to training sooner than expected after dislocating his shoulder against Manchester City at the start of the month. The Argentinean defender was initially expected to miss at least six weeks but he’s back in training and could return to the squad tomorrow.

van Gaal also revealed some positive news on the fitness of Luke Shaw. Newspaper reports suggested the left-back was facing an extended period on the sidelines after suffering an ankle injury against Arsenal last weekend.  While van Gaal confirmed Shaw has damaged ligaments, he insists the injury isn’t as bad as the papers are making out and only expects the youngster to be out for ‘a few weeks’.

“We have to wait and see until the last training session of course,” van Gaal explained at the Aon Training Complex.

“It’s always difficult to say but we have good news, yes. You have to read between the lines.

“Luke sustained an ankle ligament injury but with no serious complications and he will only be out for the next few weeks because of this.”

It will be a major boost if Rojo is passed fit to return to the squad this weekend as with Phil Jones and Jonny Evans already out, United are extremely low on options at centre-back.

Falcao could also have returned at a good time as the pressure is mounting on van Gaal to drop out-of-form striker Robin van Persie, so the Colombian may find himself thrown straight back into action if he’s deemed fit enough to play against Hull.