Chelsea take on Sunderland at the Stadium of Light on Saturday afternoon. Here is a preview with team news, likely line-ups, prediction and betting tips

Chelsea will be hoping to tighten their grip at the top of the Premier League table when they take on Sunderland at the Stadium of Light on Saturday night.

The Blues continued their sensational start to the new season with a 2-0 win over West Brom last weekend, with Jose Mourinho claiming they had played some of their best football of the campaign during the victory at Stamford Bridge.

With second-placed Southampton dropping points on Monday, unbeaten Chelsea extended their lead at the top to six points, and with the Saints hosting third-placed Manchester City on Sunday it’s certain to be a positive weekend again for the West Londoners if they can register another three points tomorrow.

However, Mourinho will not be expecting an easy ride in the North East as the last time his side tasted defeat was against Sunderland way back on April 19th, when the Black Cats ended the Portuguese coaches long unbeaten record at the Bridge.

Gus Poyet’s men will have to produce something special to repeat that result and they head into the game sitting 14th in the table after successive draws against Everton and Leicester.

Sunderland have been boosted by the return to fitness of midfielder Ricky Alvarez after he recovering from a knee injury that’s seen him miss the last six weeks – although it remains to be seen whether Poyet thinks the Argentine is ready to start just yet.

Sebastian Coates is also in contention after a calf problem but John O’Shea and Wes Brown are expected to continue their partnership at the back. Emanuele Giaccherini (ankle), Billy Jones (hamstring) and Patrick van Aanholt (shoulder) are all still out.

Chelsea arrive on Wearside with virtually a fully-fit squad to choose from with youngster Nathan Ake the only injury absentee.

Mourinho may take the opportunity to make a couple of changes and rest some players ahead of Wednesday’s clash with Tottenham, although he has confirmed Diego Costa will start up front. 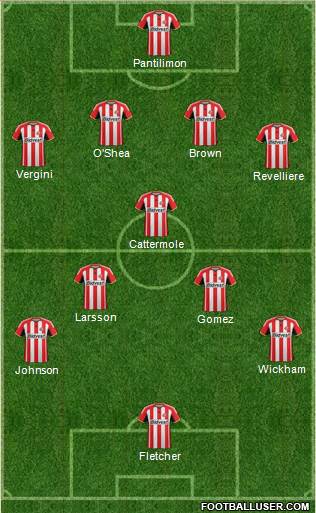 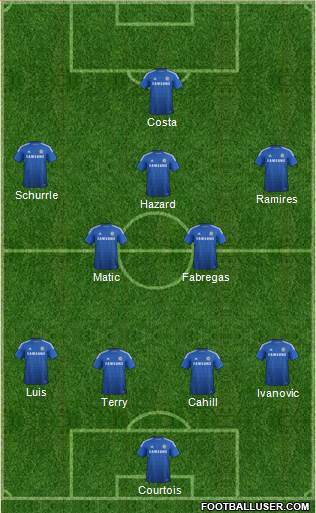 Sunderland 0-2 Chelsea: The Black Cats do have an encouraging recent record against Chelsea and Poyet would love to get another one over his former side, but the Blues look on another planet right now so we can’t see past an away win.

Chelsea are understandably the heavy favourites to take home the three points tomorrow with Betfair currently offering best odds of 2/5, which won’t attract much interest from bettors. Backing a 2-0 away win is on offer at 6/1 and if we combine that with Costa to score first at 7/2, we get far more tempting odds of 19/1.