Arsenal are leading Manchester United in the race to sign Yohan Cabaye with the duo set to table €24m bids for the unsettled Paris Saint-Germain midfielder.

With the January transfer window fast approaching managers are formalising their plans to strengthen their squads ahead of the second half of the season, so we’ll bring you all the latest news and gossip. Today, Arsenal lead Manchester United in the race for Yohan Cabaye. 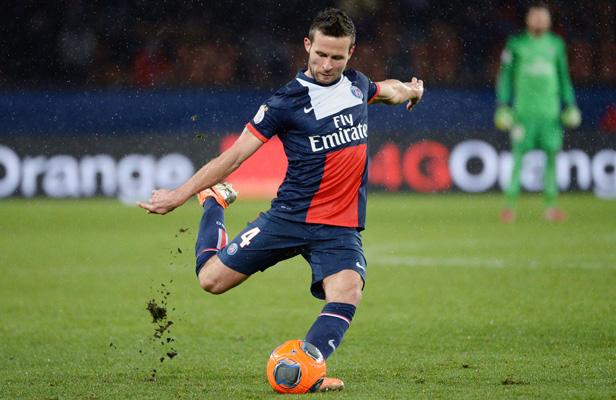 Arsenal are leading Manchester United in the race to sign Yohan Cabaye as the duo get set to table €24m bids for the unsettled Paris Saint-Germain midfielder in January, according to reports.

Cabaye enjoyed a hugely successful two-and-a-half year spell in the Premier League between 2011 and 2014 after joining Newcastle United from French outfit Lille.

His impressive form led to a move to big-spending PSG last January but his time back in Ligue 1 hasn’t gone according to plan as the midfielder has struggled to establish himself at the Parc des Princes.

The French international has started just two of PSG’s last nine games in all competitions with the likes of Marco Verratti, Thiago Motta, Javier Pastore and Blaise Matuidi all ahead of him in Laurent Blanc’s pecking order.

Cabaye is believed to be growing tired of the the lack of playing time and it looks like he could be heading back to England this winter with Arsenal and Manchester United ready to battle it out for his signature.

The Express claim the Premier League giants are both lining-up €24m (£19m) bids for the 28-year-old in January, but the Gunners are supposedly considered as the favourites as Cabaye is keen to work with Arsene Wenger at the Emirates.

It remains to be seen whether PSG would be open to selling, but €24m would be a similar fee to what the Ligue 1 champions paid Newcastle almost a year ago so they could be tempted to just cash-in and use the money to strengthen other areas of the squad.

Arsenal are in desperate need of reinforcements in midfield after Jack Wilshere was ruled out for three months with another ankle injury while Mikel Arteta’s season has been hampered by a series of calf problems.

Wenger is a known fan of Cabaye’s and had a bid rejected for the player by Newcastle before he made the move to PSG, so it wouldn’t be a surprise if the long-serving Gunners boss renewed his interest this winter.