Liverpool will be hoping to build on Saturday’s victory when they take on Leicester at the King Power on Tuesday. This is the side we think Rodgers will select: 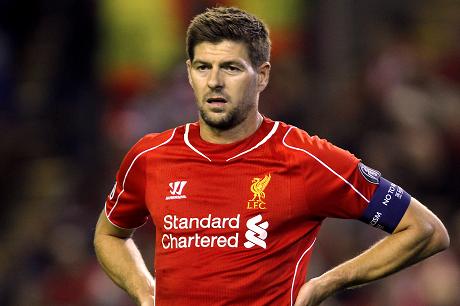 Liverpool will be hoping to build on Saturday’s victory when they take on Leicester City at the King Power Stadium on Tuesday night. This is the side we think Brendan Rodgers will select:

Goalkeeper: Despite his disappointing display against Ludogorets last week, Simon Mignolet kept his place for Saturday’s 1-0 win over Stoke and we expect him to be in goal again tomorrow.

Defence: Rodgers is unlikely to tinker too much with his back-four after keeping a clean sheet at the weekend so Kolo Toure could once again start alongside Martin Skrtel at the back. The only concern for the Reds boss is whether the Ivorian can play three games in a week so Dejan Lovren could be recalled as Mamadou Sakho isn’t in contention yet despite returning to training. Jose Enrique started at left-back on Saturday but we think Alberto Moreno could return to the side on Tuesday.

Midfield: Lucas Leiva appears to have played his way back in to the Liverpool side so he could retain his place alongside Jordan Henderson in midfield. Steven Gerrard was rested at the weekend but is expected to be restored to the team tomorrow with Joe Allen likely to make way.

Attack: Mario Balotelli remains out with a groin problem so with Daniel Sturridge also unavailable, Rickie Lambert is set to once again start up-front. Rodgers may have concerns over the 32-year-old’s fitness after starting the last three games, but he has little option but to stick with the former Saint. Adam Lallana is set for a recall with Philippe Coutinho possibly making way, but Raheem Sterling should keep his place in attack.

So this is how we think Liverpool will line-up against Leicester: 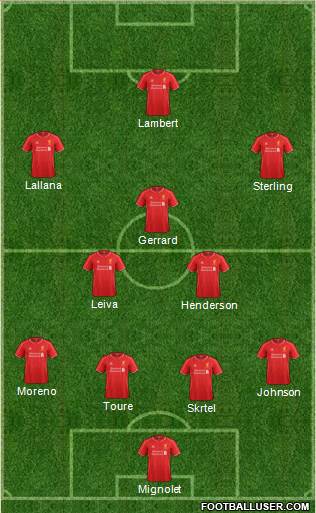