Chelsea welcome Tottenham to Stamford Bridge this evening. Here is a preview with team news, likely line-ups, predicted score and betting tips for the game.

Chelsea will be looking to extend their lead at the top of the table when they welcome Tottenham to Stamford Bridge this evening.

The Blues opened the door slightly to their title rivals after being held to a 0-0 draw by Sunderland on Saturday night but they still hold a six point lead over second-placed Manchester City going into tonight’s fixtures.

The draw at the Stadium of Light maintained Chelsea’s unbeaten start to the season and Jose Mourinho’s men boast a formidable record at home to Spurs, having not lost to their London rivals since 1990 when Gary Linekar scored the winner.

However, Mauricio Pochettino insists records count for nothing as they go to the Bridge with no fear and looking to make it four wins on the spin after victories over Hull, Partizan Belgrade and most recently Everton.

Roberto Soldado ended a long drought by scoring the winner at White Hart Lane on Sunday so the Spaniard will be hoping that strike is the start of a good run of form in front of goal, but he has his work cut-out to get on the score-sheet tonight as Chelsea have kept 11 clean sheets in their last 14 league games at home.

Chelsea will be without star striker Diego Costa after he picked up his fifth booking of the season against Sunderland, so Loic Remy or Didier Drogba will start up front.

Otherwise, Mourinho has virtually a fully-fit squad to choose from with only youngster Nathan Ake out with a hamstring injury.

Tottenham on the other hand have a number of injury doubts ahead of the game with Emmanuel Adebayor, Danny Rose, Etienne Capoue and Nacer Chadli all facing late fitness tests.

Younes Kaboul was an unused substitute against Everton and Pochettino may opt to stick with Jan Vertonghen and Federico Fazio tonight after their impressive display against the Toffess.

Kyle Naughton returns from a one-match ban and will start at right-back as Kyle Walker is still unavailable, despite returning training after a lengthy injury absence. 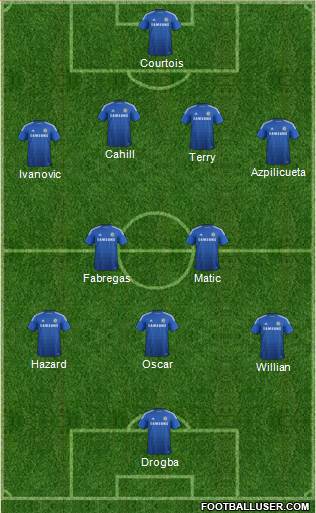 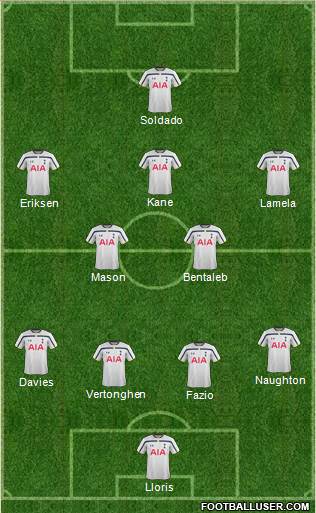 Chelsea 2-0 Tottenham: Spurs were excellent on Sunday and should arrive with confidence, but Chelsea look formidable this season, particularly at home, so we can’t see past another victory for Mourinho’s men.

Chelsea are the favourites to pick up three points tonight and new customers can get enhanced odds of 4/1 for a home win this evening with Betfair, while the Blues to win 2-0 is on offer at 15/2. Our other tip is Eden Hazard to open the scoring tonight at 7/1 and if we combine that with a 2-0 home win in a scorecast, then we get very tempting odds of 35/1. Surely that’s got to be worth a couple of quid!?