Chelsea take on Newcastle at St James Park on Saturday. Here is a preview with team news, likely line-ups, predicted score and betting tips for the game.

Chelsea will look to extend their lead at the top of the Premier League table when the take on Newcastle United at St James’ Park on Saturday afternoon.

The Blues head into the weekend action holding a six point lead over Manchester City after maintaining their unbeaten start to the season with a 3-0 win over Tottenham Hotspur on Wednesday night.

That result came after Chelsea opened the door slightly to their rivals after being held to a 0-0 draw by Sunderland so with City facing a tricky test against Everton and Man Utd taking on third-placed Southampton this weekend, Jose Mourinho will want to put the pressure back on with three points in Saturday’s early kick off.

However, the West Londoners traditionally find St James’ Park a difficult place to go and Mourinho has never beaten Newcastle in the league away from home, with this latest defeat a 2-0 loss last season, so he’ll be keen to put that right tomorrow.

BACK CHELSEA TO WIN AT CRAZY ODDS OF 4/1

Newcastle will be boosted by the return from suspension of key duo Moussa Sissoko and Jack Colback after they were forced to sit out Tuesday’s draw at Burnley.

Fabricio Coloccini is unlikely to recover from a hamstring injury in time but Mike Williamson, Daryl Janmaat and Sammy Ameobi all should pass late fitness tests to start.

Chelsea have no fresh injury worries to contend with and they’ve been boosted by the return of star striker Diego Costa, who missed the win over Spurs through suspension.

The Spaniard’s return will see Didier Drogba drop back to the bench despite his goal-scoring display in midweek.

Gary Cahill has been passed fit to start after being replaced at half-time following a head collision with Jan Vertonghen last time out.

Ramires misses the trip to the North East with a thigh injury while Nemanja Matic is out after picking up his fifth booking of the season, so John Obi Mikel is likely to come in. 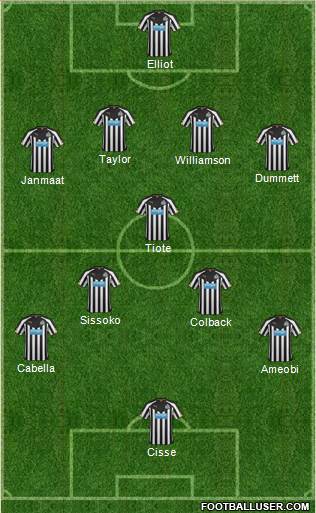 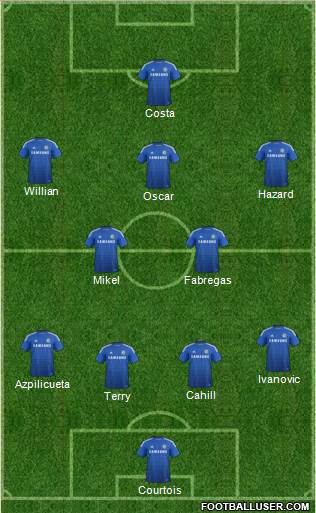 Newcastle 1-2 Chelsea: While the Blues have a surprisingly poor record at St James’ Park, they are looking a formidable outfit this season and I think this is the year Mourinho will break his hoodoo away at Newcastle with a narrow win.

Chelsea are favourites to pick up the three points and new customers can get enhanced off of 4-1 on an away win tomorrow with Betfair. A 2-1 win for the Blues is on offer at 9/1 while our other tip is Diego Costa to open the scoring at 4/1, and if we combine those two bets in a scorecast, then we get very tempting odds of 37/1. Surely that’s got to be worth a couple of quid!?

BACK CHELSEA TO WIN AT CRAZY ODDS OF 4/1