Tottenham Hotspur will be hoping to get back to winning ways when they take on Crystal Palace at White Hart Lane on Saturday afternoon.

Spurs head into the weekend fixtures off the back of Wednesday’s disappointing 3-0 loss to Chelsea at Stamford Bridge, where after an encouraging start, the North Londoners were made to pay for their missed chances with the league leaders punishing them thanks to goals from Eden Hazard, Didier Drogba and Loic Remy.

That loss leaves Tottenham down in tenth place in the Premier League table but they are still just five points off the top four, so Mauricio Pochettino will be desperate for a win tomorrow to close the gap.

However, they will have to improve upon their disappointing home form that’s seen Spurs lose four of their seven home league matches so far this campaign.

Palace make the trip across London looking to bounce back from a defeat of their own with Aston Villa going away from Selhurst Park with all three points thanks to a fine strike from Christian Benteke.

Neil Warnock’s side currently sit fifteenth in the table – just a single point above the drop zone – so the Eagles boss will be keen to come away from the Lane with a positive result to put some distance between them and the relegation dog fight.

Tottenham have doubts over Vlad Chiriches and Kyle Naughton and with Kyle Walker also still unavailable, Eric Dier may start at right back.

Danny Rose should return from a four game absence after recovering from a rib injury and Younes Kaboul may get a recall in defence after Jan Vertonghen’s disappointing display against Chelsea.

Emmanuel Adebayor is still struggling with a virus while Etienne Capoue is likely to join Andros Townsend on the sidelines after picking up knock.

Roberto Soldado should be restored to the starting eleven after being left out against Chelsea.

Palace will be without midfielder Joe Ledley after he missed Tuesday’s defeat to Villa with a hip problem.

The Welshman will stay on the sidelines along with Damien Delaney and Adrian Mariappa. 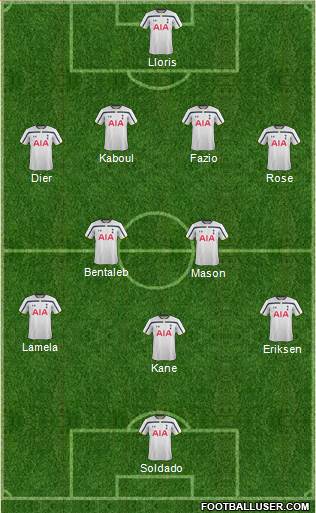 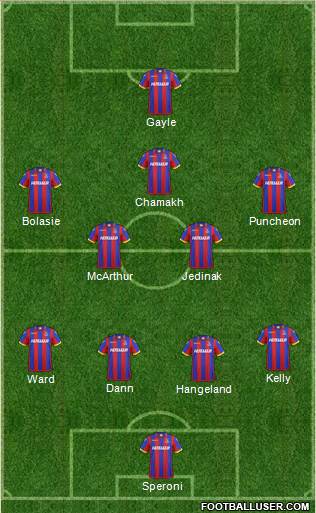 Tottenham 3-0 Crystal Palace: Spurs home form has been poor this season but despite the final score-line, they actually played reasonably well against Chelsea last time out and I can see them beating Palace relatively comfortably tomorrow.

Tottenham are 5/8 favourites with Betfair to pick up the three points tomorrow, but those odds are unlikely to attract much interest. A 2-0 win for the Lillywhites is on offer at 8/1 while our other tip is Harry Kane to open the scoring at 5/1, and if we combine those two bets in a scorecast, then we get very tempting odds of 18/1. Surely that’s got to be worth a couple of quid!?