Manchester United will be looking to make it five wins in a row when they take on Southampton at St Mary’s tonight.

United appear to have got their season back on track after a difficult start, with consecutive victories over Crystal Palace, Arsenal, Hull and Stoke seeing them move up the Premier League table.

Louis van Gaal’s men head into the game sitting in fifth place after the weekend results but a fifth straight win this evening will ensure they leapfrog the Saints and West Ham into third spot.

However, while the former champions have an excellent record against Southampton having won nine of their previous 12 meetings, they have won just once on the road all season, and that was a rather fortunate smash-and-grab against Arsenal, so they’ll have to be in top form to beat the high-flying South Coast club.

Ronald Koeman’s men made a sensational start to the season but back-to-back defeats to Manchester City and Arsenal have stalled their progress, so the Dutchman will be desperate to get one over his old foe this evening to get back to winning ways.

Wayne Rooney returns for United having missed last weeks win over Stoke with a minor knee injury and he’s expected to be recalled to the starting eleven.

Angel Di Maria remains out with a hamstring strain so he joins Luke Shaw, Phil Jones, Daley Blind and Rafael on the sidelines.

Radamel Falcao is still not considered fully-fit yet so is likely to once again start on the bench with Robin van Persie keeping his place up front.

Jonny Evans may be back in the squad after recovering from a lengthy injury absence, but he’s unlikely to be risked from the start just yet.

Southampton have their own injury worries to contend with heading into the game. Midfielder Jack Cork is the latest to be sidelined after picking up an ankle injury against Arsenal.

Toby Alderweireld is also set to miss out with a hamstring injury so Yoshida should come in to the defence.

Morgan Schneiderlin will continue to be sidelined so joins Jay Rodriguez, James Ward-Prowse and Sam Gallagher on the treatment table.

However, Koeman is hoping key attacker Dusan Tadic will pass a late fitness test after picking up a knock last time out. 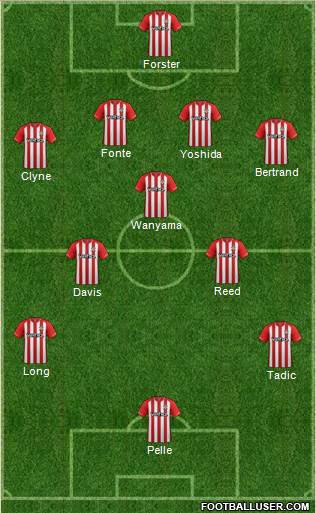 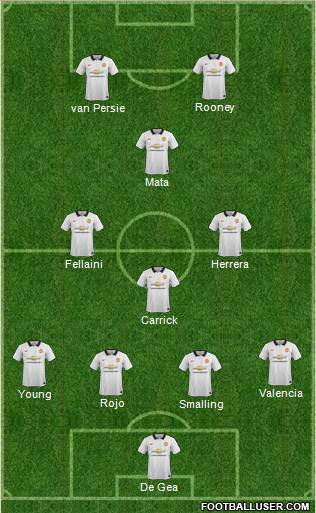 Southampton 1-2 Man Utd: The Saints have stuttered in recent weeks and I think their injury list is going to cost them tonight, as United should have too much in attack for them to handle with Alderweireld  and Schneiderlin likely to be sorely missed by the home side.

Man Utd are the slight favourites to pick up three points tonight at odds of 8/5 with Betfair but new customers can get enhanced odds of 7/1 for an away win with a money back guarantee if you lose. The Red Devils to win 2-1 is on offer at 10/1 while our other tip is Wayne Rooney to open the scoring at 13/2, and if we combine those bets in a scorecast then we get very tempting odds of 54/1. Surely that’s got to be worth a couple of quid!?