With the January transfer window fast approaching managers are formalising their plans to strengthen their squads ahead of the second half of the season, so we’ll bring you all the latest news and gossip. Today, Man Utd are told to up their offer for Diego Godin. 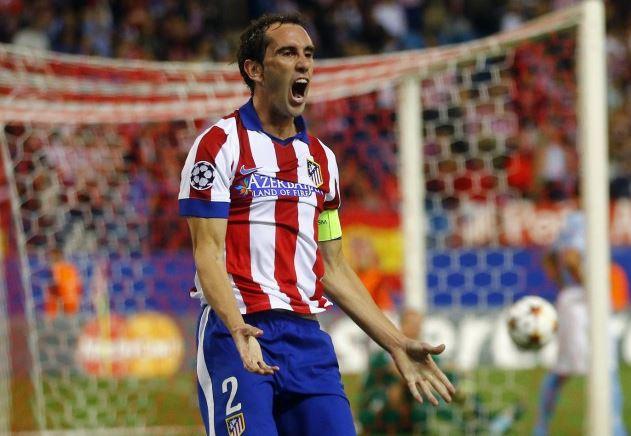 Atletico Madrid have made it clear to Manchester United they must up their offer for Diego Godin and meet the defenders €36m (£28.5m) buy-out clause if they want to sign him this January, according to reports.

Louis van Gaal has had to deal with a crippling injury list during his opening few months at Old Trafford with defence a particular area of concerns as Phil Jones, Chris Smalling, Marcos Rojo, Jonny Evans, Rafael and Luke Shaw have all spent long periods on the sidelines.

United’s early season form has been severely affected by the fact that van Gaal has been forced to field a make-shift back-four on a number of occasions this campaign, so understandably the Dutch boss is keen to strengthen his options at the back this winter.

Several names have been speculated about in the media over the past few weeks but Atletico Madrid’s Diego Godin has emerged as a key target with widespread reports suggesting that United are lining-up a £16m bid for the Uruguayan international ahead of the January transfer window.

However, the 20-time Premier League champions have been dealt a blow as the Express are reporting that Atletico are desperate to keep hold of the centre-back and have made it clear to United that they have no intention of selling Godin for anything less than his€36m (£28.5m) buy-out clause.

It remains to be seen whether van Gaal will agree to pay such a fee for a 28-year-old as he’ll have very little sell-on value in just a few years, so it would be something of a risk to splash out big-money for the ageing defender.

If the Dutchman decides against it, then we could see him move on to other targets with the likes of Mats Hummels and Ron Vlaar also believed to be on his radar.

Hummels is widely regarded as one of the best centre-backs in world football and would be a sensational signing for United. However, with Dortmund struggling domestically this season and also safely through to the knockout stages of the Champions League, it’s doubtful whether the German giants would agree to sell mid-season.

That could see Vlaar emerge as the most viable option in January as Aston Villa would find it extremely difficult to hang on to the Holland international if United came calling, and obviously van Gaal knows the player well from their time together with the national team.