[Player Ratings] Ramsey Back To His Best As Arsenal Thrash Galatasaray

Arsenal beat Galatasaray 4-1 in Turkey on Tuesday night with Aaron Ramsey and Lukas Podolski both helping themselves to a brace. These are my ratings: 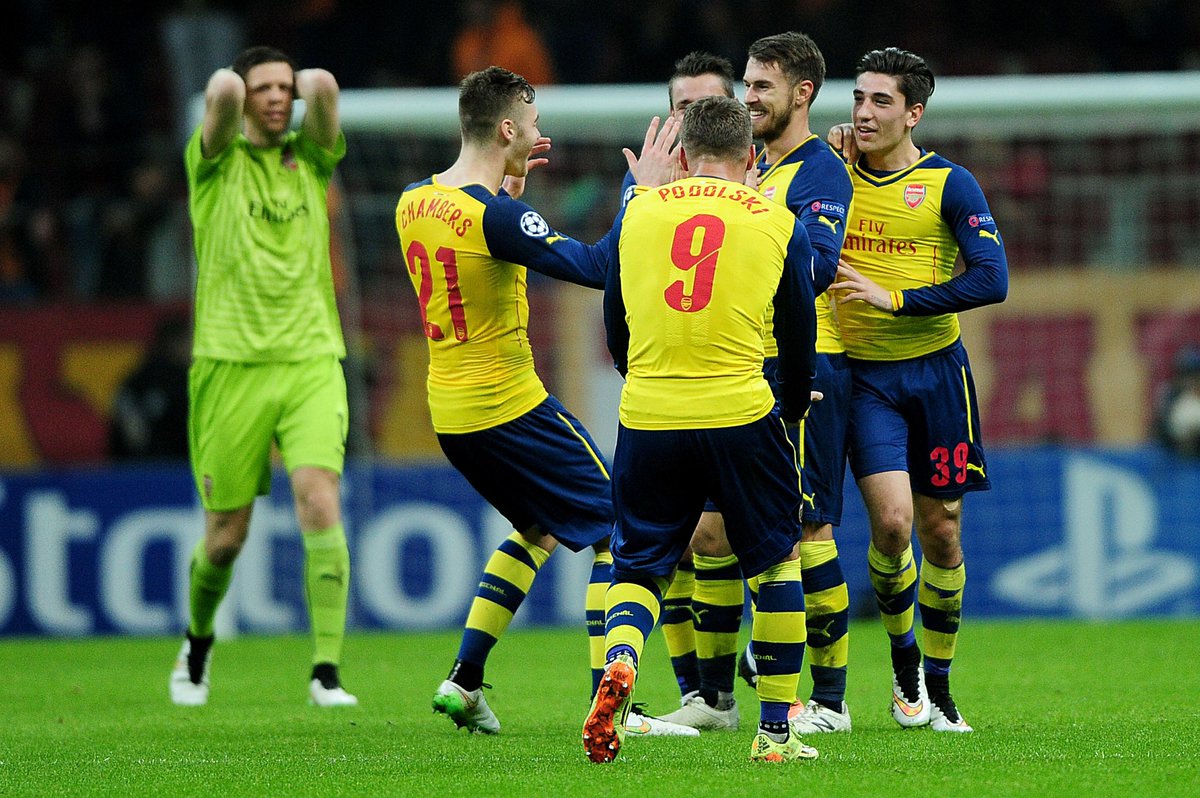 Arsenal put in a much-improved display to beat Galatasaray 4-1 in Turkey on Tuesday night with Aaron Ramsey and Lukas Podolski both helping themselves to a brace. These are my ratings:

Szczesny 6/10 | Had no chance with the Sneijder free-kick but made a couple of other routine stops.

Debuchy 7/10 | Great to see him back. Was solid and reliable at right-back before tiring towards the end.

Mertesacker 7/10 | Much more composed display after his nightmare at Stoke. Terrific block to deny a certain goal.

Chambers 7/10 | Like his defensive partner, Chambers was in much better form and kept the dangerous Yilmaz quiet.

Bellerin 7/10 | Solid display filling in at left-back. Used his pace well to trouble the hosts, especially in the first half.

Oxlade-Chamberlain 8/10 | Much of our good work went through him. Very positive on the ball.

Flamini 6.5/10 | Quietly went about his business but an early booking stifled his impact.

Ramsey 9/10 | Back to his best. Set up the Podolski opener before cooly slotting home the second and capped off his superb display with a stunning strike.

Campbell 5/10 | Disappointing. Was keen to impress but held on to the ball for too long at times.

Podolski 8/10 | So lethal in front of goal but also put a real shift in. If he could play like this every time, he’d be a first team regular.

Sanogo 5/10 | Struggled to make an impact. Failed to hold the ball up and wasn’t even making runs for his team mates.

Zelalem 7/10 | Tidy and economical with the ball after replacing Ramsey at the break.

Maitland-Niles 6/10 | On for Flamini at half time and did okay on his debut without really stamping any authority on the game.

Watch all the goals from the game here

So we progress in second place as Borussia Dortmund got the point they needed at home to Anderlecht, so we now face the very real possibility of getting one of the big-guns in the last 16 draw on Monday. However, it was a much-improved performance from the boys so hopefully that will give us a real confidence boost going in to the Newcastle game.