With the January transfer window fast approaching managers are formalising their plans to strengthen their squads ahead of the second half of the season, so we’ll bring you all the latest news and gossip. Today, Arsenal are linked with Alessio Cerci. 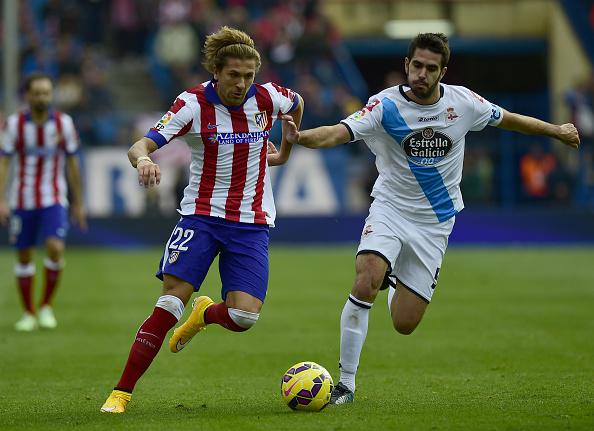 Arsenal have opened talks over a potential deal for Alessio Cerci with Atletico Madrid ready to do business if their €15m valuation is met in January, according to reports.

Cerci was linked with a move to the Emirates Stadium back in the summer when he decided to leave Torino but ended up moving to Spain to sign for La Liga champions Atletico.

However, the winger’s time in Spain has been a disaster as he’s only started one game so far and even that was a cup match against lower league outfit Hospitalet.

With the Italian attacker clearly out-of-favour under Diego Simone, widespread reports suggest he’ll push for a move this winter and the Metro are citing reports from Italy that claim Arsenal have now opened talks with Atletico chiefs about a potential deal.

The newspaper suggests that the Champions League finalists would be willing to do business for the 27-year-old but only if their €15m (12m) valuation is met.

It remains to be seen whether Arsene Wenger is willing to match that figure but it looks like we’ll face stiff competition from Inter Milan, with the Serie A giants understood to be keen on luring the player back to Italy.

Cerci was certainly a real talent during his time at Torino where he scored 21 goals in 71 appearances and I was a little disappointed we didn’t land him in the summer.

However, I’d personally be surprised if Wenger was in the market for another attacker in January as we have other areas of the squad that need addressing first, with a centre-back and defensive midfielder much more of a priority.

The only way I can see the boss making a serious move for Cerci would be if Lukas Podolski was sold this winter, but Arsene indicated after the German’s goal-scoring heroics against Galatasaray last night that he would be staying at the club beyond the upcoming transfer window, so despite what the newspaper claim, I don’t see Cerci coming to North London until the summer at the earliest.