Manchester Utd have been handed a major boost in their pursuit of Enzo Perez after Valencia refused to match Benfica’s £25m asking price, according to reports

With the January transfer window fast approaching managers are formalising their plans to strengthen their squads ahead of the second half of the season, so we’ll bring you all the latest news and gossip. Today, Man Utd are handed a boost in their pursuit of Enzo Perez. 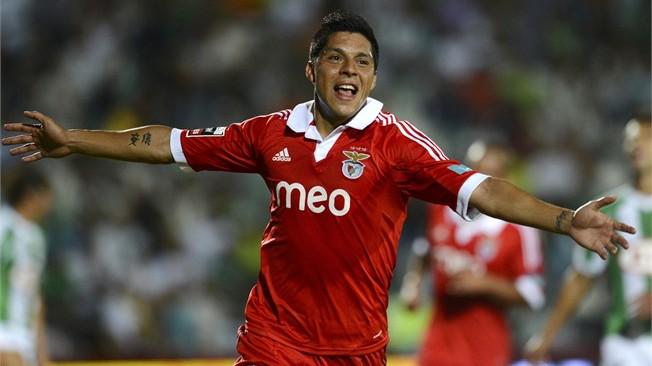 Manchester United have been handed a major boost in their pursuit of Enzo Perez after Valencia refused to match Benfica’s £25m asking price, according to reports.

Having joined Benfica from Argentinean side Estudiantes in 2011, Perez established himself as a first team regular last term and has been virtually ever-present this season both domestically and in the Champions League.

The 28-year-old’s impressive form has led to interest from several top European clubs with Manchester United and Valencia among those who are understood to be keen on luring him away from Portugal this winter.

Reports last month suggested that Louis van Gaal was ready to make his interest official having monitored the players progress all season, with scouts believed to be in the stands to watch the midfielder put in an impressive display during a 1-0 win over Monaco.

It appears United have now been handed a timely boost with talkSPORT claiming that their main opposition to Perez’ signature – Valencia – have now made it clear they are unable to meet Benfica’s £25m valuation.

Supposed ‘sources’ close to United have told the media outlet that van Gaal feels Perez would be able to adapt to life quickly in the Premier League and he sees him as less of a gamble compared to long-term target Kevin Strootman, who has seen his career blighted by a number of serious injuries.

Should he end up making the move to Old Trafford, Perez would join fellow Argentinean international’s Marcos Rojo and Angel Di Maria at United and would battle the likes of Ander Herrera, Michael Carrick, Marouane Fellaini and Daley Blind for a place in van Gaal’s starting eleven.

Perez would certainly add a bit of bite to the United midfield if he was to make the move in January but he’s also a fine passer and chips in with the odd goal so he could be the all-round midfielder van Gaal’s been looking for.