Arsenal are ready to battle it out with Chelsea and Manchester City over the signature of €50m-rated Juventus midfielder Paul Pogba, according to reports today.

With the January transfer window fast approaching managers are formalising their plans to strengthen their squads ahead of the second half of the season, so we’ll bring you all the latest news and gossip. Today, Arsenal are ready to battle Man City and Chelsea for the signature of Paul Pogba. 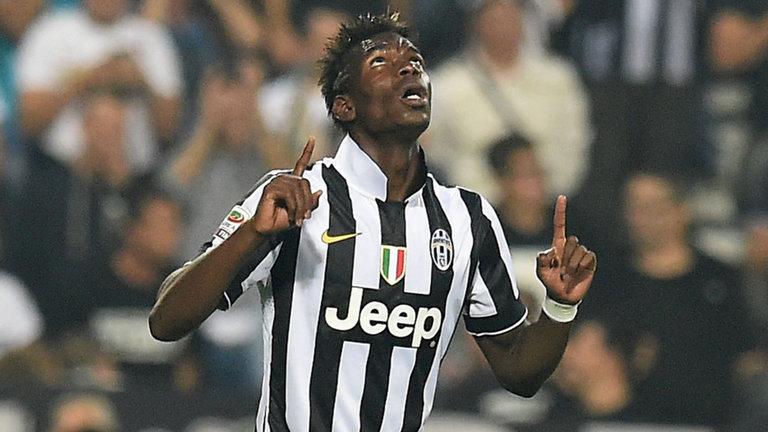 Arsenal are ready to battle it out with Chelsea and Manchester City over the signature of €50m-rated Juventus midfielder Paul Pogba, according to reports.

Pogba has been constantly linked with a move back to the Premier League during recent transfer windows with Chelsea and Manchester City reportedly interested as they are two of the only two clubs who have the financial clout to bring him back to England.

Manchester United would also fall into that category but they know they’d face a real battle to persuade the midfielder to return to Old Trafford after he walked out of the club when his contract expired in 2012 after failing to make the break-through into the first team set-up.

City are understood to be lining-up a mega bid for Pogba after identifying him as the ideal long-term replacement for Yaya Toure, while Chelsea boss Jose Mourinho is also being tipped to rekindle his long-servicing interest in the 21-year-old.

However, the Express are reporting that Arsenal are prepared to go head-to-head with their rivals over Pogba’s signature with the Gunners keen to flex their new found financial power by going after one of the most sought-after players in world football.

Arsene Wenger is thought to be a huge admirer of his compatriot and will do all he can to lure the powerful midfielder to North London if he makes it clear he wants to leave Juventus, with the Serie A champions believed to value Pogba at around €50m.

Arsenal have certainly loosened their purse string over the past 18 months with Wenger spending big to sign the likes of Alexis Sanchez and Mesut Ozil, and with plenty of funds still left over in the bank, they have the financial backing to take on the likes of City and Chelsea in terms of transfer fees.

Where the Gunners could fall short is with the wages they may be able to offer Pogba as although they have broken the ceiling on their long-standing salary cap in recent years, they may still find it difficult to match the kind of money Chelsea and City offer players.

Pogba recently signed a new long-term deal at Juve but that hasn’t stopped speculation surrounding his future and it seems he’ll have plenty of offers if he does want to try his luck back in the Premier League.