Louis van Gaal has given a team news update ahead of Manchester United’s game with Liverpool and confirmed that Angel Di Maria and Chris Smalling are out. 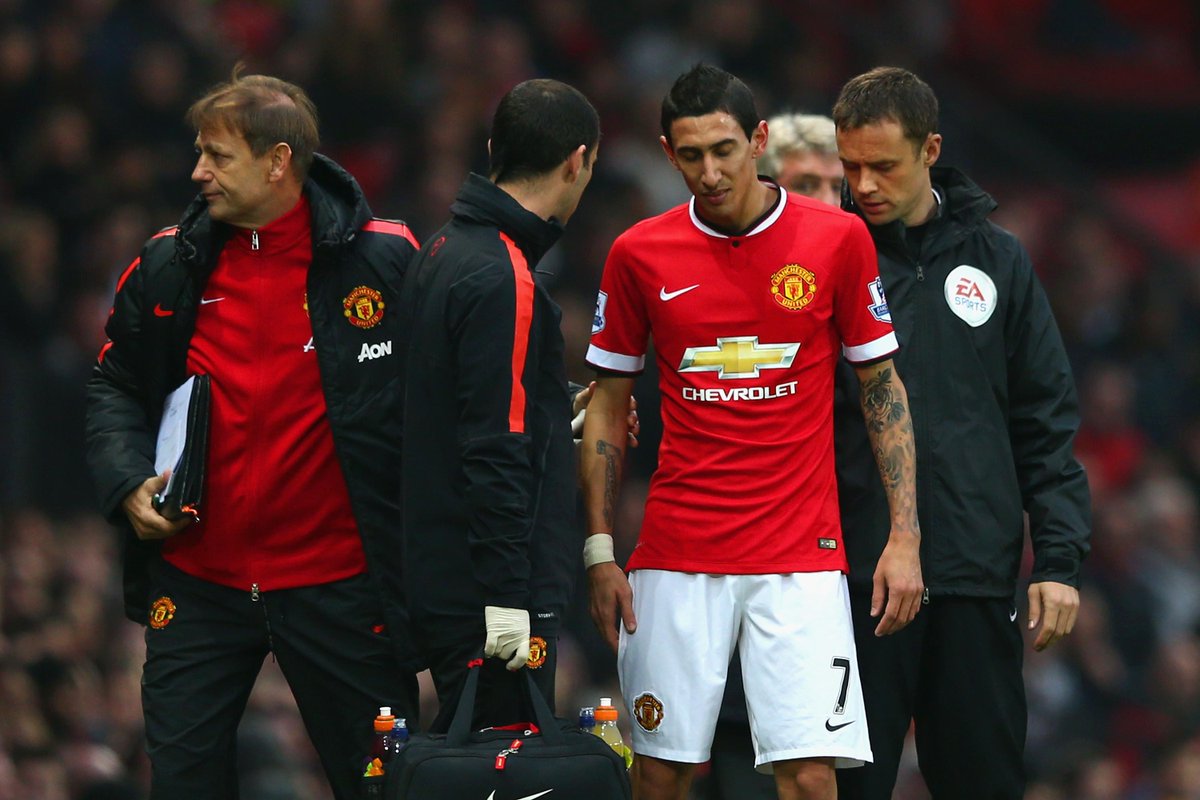 Manchester United will be hoping to make it six consecutive victories in a row when Liverpool head to Old Trafford on Sunday afternoon.

Ahead of the game, United boss Louis van Gaal has been speaking to the media at his pre-match press conference this afternoon and gave ManUtd.com a team news and injury update.

The Dutchman confirmed the bad news that Angel Di Maria has not recovered from the hamstring injury that seen him miss the last two games having limped off against Hull City during a 3-0 win at Old Trafford last month.

Newspaper reports in midweek suggested that the Argentinean international would be back in contention this weekend having supposedly returned to full training. However, van Gaal confirmed the attacker won’t play any part against Liverpool and refused to put a date on his comeback.

Another player who’ll miss out this weekend is Chris Smalling after the defender suffered a groin injury during Monday’s 2-1 win over Southampton at St Mary’s Stadium.

Thankfully, van Gaal doesn’t think the injury is too serious so Smalling should be back in action in around two weeks time and the United boss was also relieved to say the clubs injury crisis is slowly easing with Phil Jones and Rafael also close to making their comebacks.

“It’s not so heavy an injury, he was very wise to stop immediately. I think it shall take two weeks.”

“I am not a doctor so I cannot answer but I know he is not ready for Liverpool.”

On Jones and Rafael…

“As I have said already last week, the light at the end of the tunnel is in sight and I believe that by the end of December maybe we shall only have three or four injuries,”

Jones and Rafael are unlikely to be involved against Liverpool but they should be back in contention for next weekend’s trip to Aston Villa, and it will be a big boost to have two more options available in defence heading into the busy festive period.

van Gaal will be praying that Di Maria is also back in action soon as he’s settled in very well following his big-money move from Real Madrid in the summer, but for now he’ll be on the sidelines along with Daley Blind and Luke Shaw.

United head into the weekend games sitting third in the table following an excellent run of form that’s seen them win their last five games, and they’d love to make that six on the bounce with a victory over fierce rivals Liverpool on Sunday.