Arsenal take on Newcastle United at the Emirates on Saturday. Here is a preview with team news, likely line-ups, predicted score and betting tips for the game.

Arsenal will be looking to get their Premier League campaign back on track when we take on Newcastle United at the Emirates on Saturday evening.

We slumped to another disappointing defeat away at Stoke City last weekend which saw Arsene Wenger come under huge criticism from so-called fans at the train station as the squad made its way back to North London after the game.

That loss leaves us down in sixth place in the table – four points off fourth-placed West Ham and level on points with Newcastle – so victory tomorrow is vital to get our season back on track.

Thankfully we responded well to our disappointment at the Britannia with the players putting in a much-improved performance to thrash Galatasaray 4-1 in midweek. The win wasn’t enough to see us snatch top spot in Group D from Borussia Dortmund but it should give the squad a confidence boost going into this match.

However, Newcastle come into the game having just ended Chelsea’s unbeaten start to the season with a 2-1 win at St James’ Park last weekend, so we know they are going to be a dangerous side and we’ll have to be on top form to get the win we so-desperately need.

Unfortunately, we’ve once again seen our preparations for the game overshadowed by some disappointing injury news with Aaron Ramsey ruled out of the match after picking up a hamstring injury in midweek.

Mikel Arteta is also still out with a calf problem, so with Jack Wilshere also on the sidelines, Alex Oxlade-Chamberlain and Santi Cazorla may have to play in front of Mathieu Flamini in midfield tomorrow night.

We have worries in defence too as Laurent Koscielny is out with a calf injury so joins Nacho Monreal on the sidelines. With Calum Chambers suspended following his sending off last weekend, it means Mathieu Debuchy may be forced to start alongside Per Mertesacker in the middle of defence.

Olivier Giroud, Kieran Gibbs, Alexis Sanchez and Danny Welbeck should all be recalled after being rested in midweek.

Theo Walcott is back in training but isn’t expected to feature in the game so will join Mesut Ozil, Serge Gnabry and Abou Diaby on the sidelines.

Newcastle also have a number of injury concerns heading in to the game with Rolando Aarons ruled out with a hamstring injury.

Steven Taylor and Moussa Sissoko are both suspended but Fabricio Coloccini is expected to be passed fit after recovering from a hamstring injury. 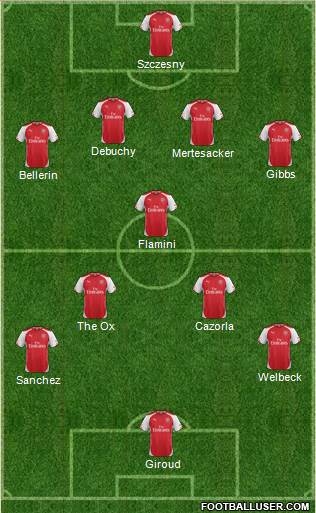 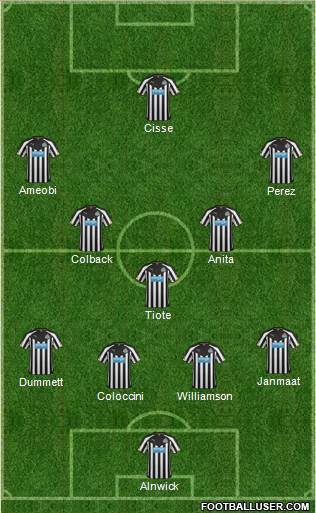 Arsenal 2-1 Newcastle: We have a good recent record against the Geordies having won our last five meetings and have tasted defeat just once in the last 14, so despite our injury problems, I think we’ll just about edge this one tomorrow. It’s going to be close but I’m back us to win it by the odd goal.

Arsenal are the favourites to win the game tomorrow and new customers can get enhanced odds of 4/1 on a home win with Betfair while a 2-1 win is on offer at 9/1. We’ve been slow starters in many games this season but Olivier Giroud has an excellent record against the Magpies so I fancy him to open the scoring at odds of 5/1, and if we combine that with a 2-1 win in a scorecast then we get very tempting odds of 31/1. Surely that’s got to be worth a couple of quid!?