Tottenham take on Swansea at the Liberty Stadium on Sunday. Here is a preview with team news, likely line-ups, predicted score and betting tips for the game.

Tottenham will be looking to get their push for the top four back on track when they take on Swansea at the Liberty Stadium on Sunday afternoon.

Spurs were held to a disappointing 0-0 draw by Crystal Palace last weekend which leaves them down in tenth place in the Premier League table and seven points off the top four, so victory tomorrow is vital to get their hopes of qualifying for the Champions League back on track.

The North Londoners followed up the draw at White Hart Lane with a 1-0 defeat away to Besiktas on Thursday night but despite that loss, Tottenham still progress to the knockout phase in the Europa League.

Swansea come into the game in decent form having taken 8 points from a possible 18 but the Welsh outfit slumped to a 3-1 defeat at West Ham last Sunday having thrown away a one-goal lead, so Garry Monk will be keen to get back to winning ways on home soil.

Spurs injury problems have subsided in recent weeks but Kyle Naughton is still a doubt with a heel injury while Eric Dier may miss out with a toe problem.

Emmanuel Adebayor is certain to miss the game though after being given permission to return to Togo on compassionate leave, so Roberto Soldado is likely to continue in attack.

As for Swansea, they are in great shape heading into the match with Federico Fernández the only doubt with a calf injury.

However, first choice goalkeeper Lukasz Fabianski misses out after being sent off last week. 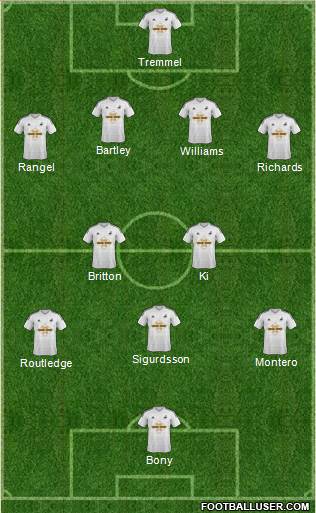 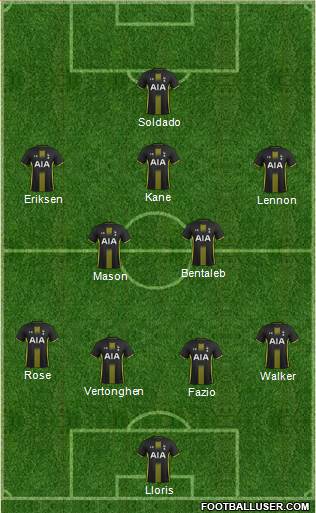 Swansea 1-1 Tottenham: Spurs have really struggled for form following Europa League games and although they have a very good record away from home this season, I think the Swans will hold them to a score draw tomorrow.