Arsenal were back in impressive form as we beat Newcastle 4-1 with Santi Cazorla and Olivier Giroud both helping themselves to a brace. Here are my ratings 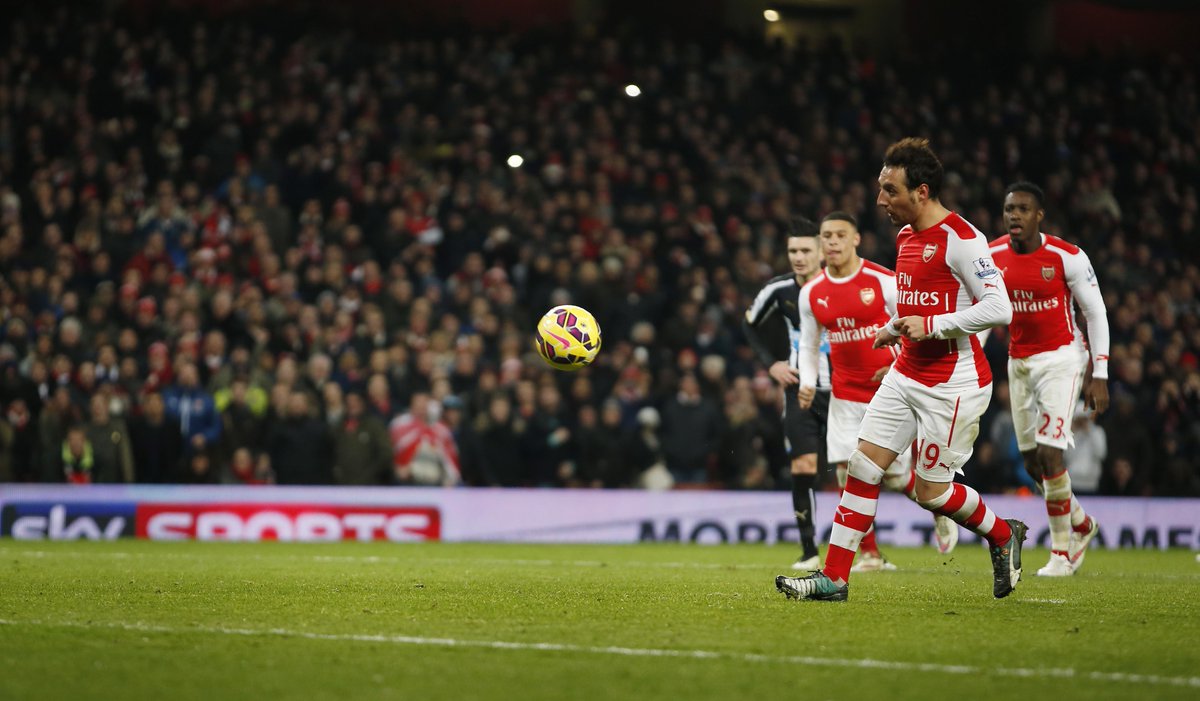 Arsenal were back in impressive form tonight as we beat Newcastle United 4-1 at the Emirates with Santi Cazorla and Olivier Giroud both helping themselves to a brace.

Szczesny 7/10 | Made a crucial double save at 1-0 to keep us in the lead and did everything else asked of him.

Bellerin 7.5/10 | Very good performance from the youngster. Solid in defence and was always keen to get forward. Got his rewards with a fine assist for Giroud’s second.

Debuchy 7/10 | Was dragged out to the right a couple of times but did extremely well given the circumstances playing in an unfamiliar position.

Mertesacker 7/10 | Went close to scoring with an early header and was solid at the back.

Gibbs 7/10 | Plenty of energy down the left wing and played his part in the fourth as he made a vital interception to get the attack going.

Flamini 7/10 | Quietly went about his business, protecting the back four and keeping things simple.

Cazorla 8.5/10 | Superb first goal with a delightful finish and cheeky chipped penalty. Always a danger when on the ball.

Oxlade-Chamberlain 7.5/10 | Very positive display in the middle of the park. Drove at Newcastle’s back line and gave them plenty of problems.

Alexis 7.5/10 | Another two assists for the Chilean. His work-rate was once again exemplary.

Welbeck 7/10 | Unlucky to have a goal ruled out. Put himself about and linked up well with his team mates.

Giroud 9/10 | Superb header to open the scoring and lovely finish for his second. Was a real handful and his presence up front was key tonight. MOTM

Podolski  6/10 | Went close with a left-footed strike during his 15 minutes.

So our second consecutive 4-1 win and it was a vastly improved performance to last week at Stoke. The defence was solid and we looked dangerous in attack. Good signs considering the number of players missing. On to Liverpool next week…..