The draw for the last 32 of the Europa League took place this afternoon and Premier League duo Liverpool and Tottenham have been handed tricky tests.

The draw for the last 32 of the Europa League took place this afternoon and as usual it’s thrown up some intriguing ties.

Liverpool dropped into the Europa League having failed to qualify from their group in the Champions League and they’ve been rewarded with a tricky test against Besiktas.

The Turks pushed Arsenal all the way in their Champions League qualifying play-off in August before finishing above Tottenham in their Europa League group following a 1-0 win over the North Londoners last Thursday, so Brendan Rodgers will know they’ll be no push overs.

After finishing second in Group C, Spurs knew they’d face difficult opposition and they haven’t been disappointed after being paired against Fiorentina in the last 32.

The Italians topped group K and will travel to White Hart Lane for the first game before the return leg back in Florence the following week.

Everton were handed a favourable draw having been pitted against Swiss side BSC Young Boys while Scottish champions Celtic will take on Italian giants Inter Milan. 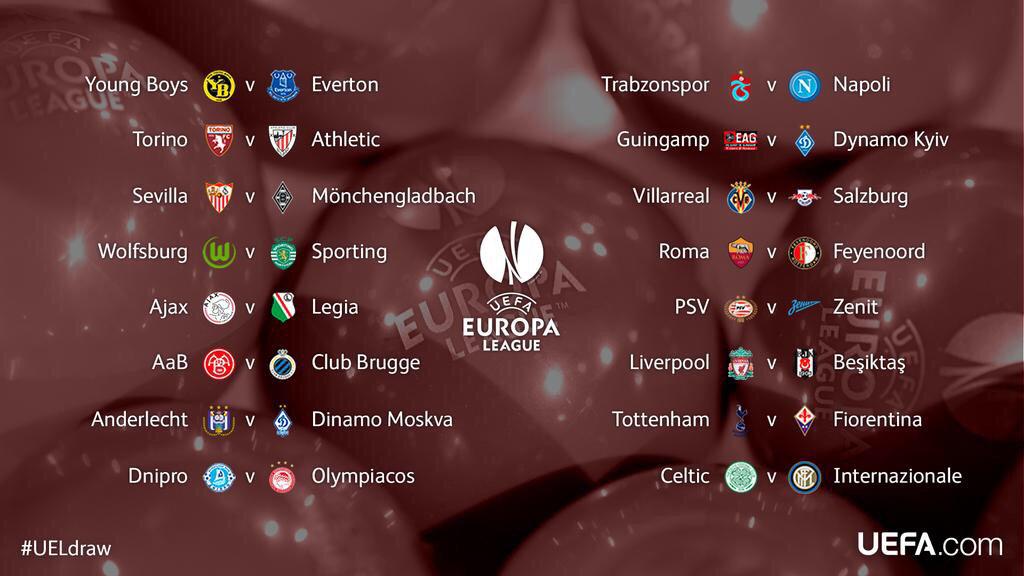