Manchester United have been handed a major injury boost with Angel Di Maria back in full training ahead of this weekends trip to Aston Villa. 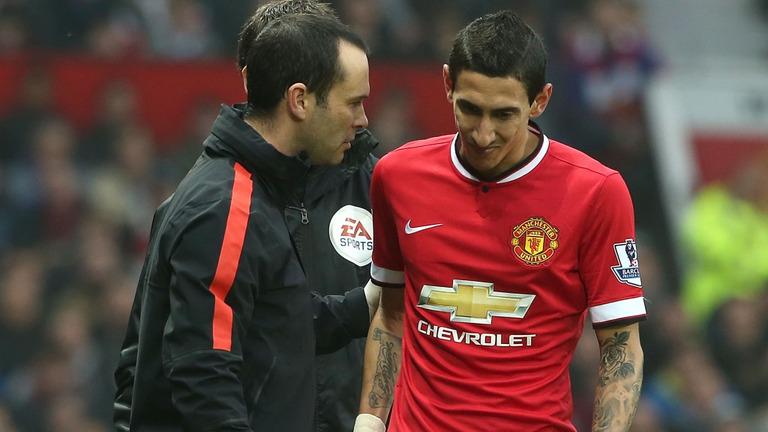 Manchester United have been handed a major injury boost with Angel Di Maria back in full training ahead of this weekends trip to Aston Villa, according to the Daily Star.

Di Maria has been on the sidelines for the last three games after suffering a hamstring injury during the early stages of United’s 3-0 win over Hull City at Old Trafford at the end of November.

It was hoped the Argentinean international may return in time to take on Liverpool last Sunday but he just failed to prove his fitness and missed out as United beat their old foes 3-0 thanks to goals from Wayne Rooney, Juan Mata and Robin van Persie.

However, it appears Di Maria is set to make his first team comeback as the Daily Star are reporting that the 26-year-old returned to full training on Monday.

The hope is the winger can now get a full weeks training under his belt and – as long as he doesn’t suffer any set-back – return to the squad for Saturday’s Premier League clash with Aston Villa.

Di Maria enjoyed an encouraging start to his career at United following his big-money summer move from Real Madrid and although his return will be a big boost to Louis van Gaal, the Red Devils have hardly missed him in recent weeks.

United extended their winning streak to six games with Sunday’s victory over Liverpool and now sit just eight points off leaders Chelsea, so the hope will be that Di Maria comes back in to help continue their excellent form and not disrupt the flow of the team.