With the January transfer window fast approaching managers are formalising their plans to strengthen their squads ahead of the second half of the season, so we’ll bring you all the latest news and gossip. Today, could Barcelona midfielder Ivan Rakitic be heading to Man Utd or Man City? 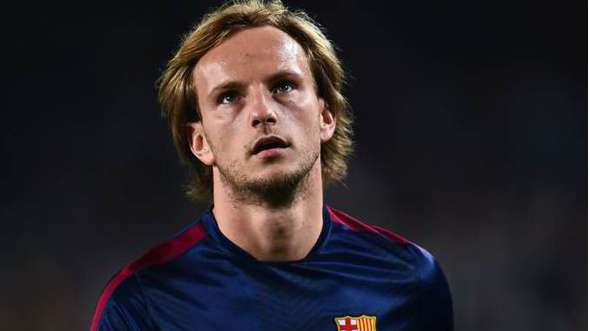 Manchester United have made their move for Barcelona midfielder Ivan Rakitic but Manchester City are ready to battle it out over his signature in January, according to reports today.

Having spent three-and-a-half impressive seasons with Sevilla, Rakitic earned a move to Barcelona after the Spanish giants agreed to pay €18m (£14m) for his services in the summer.

However, his time at the Nou Camp hasn’t gone strictly according to plan as despite making 20 appearances in all competitions so far, he’s been widely criticised by fans and pundits with many questioning whether he fits into Luis Enrique’s style of play.

After a reasonably bright start to his career, the Croatian international has slowly fallen out-of-favour and he’s only managed to complete ninety minutes twice in Barca’s last eight games, with the likes of Xavi and Iniesta still preferred by the Catalan clubs coaches.

Recent reports have suggested that Rakitic is already agitating for a move and would jump at the chance of joining a big Premier League club during the January transfer window, and it seems he’ll have at least two offers to choose from.

The Express claim that Manchester United have put a €25m (£20m) offer on the table for the 26-year-old with Louis van Gaal turning his attention to the former Schalke man after Roma made it clear they weren’t prepared to sell number one target Kevin Strootman this winter.

However, it looks like United are going to face stiff competition for his signature as the newspaper suggests that Man City will match the Red Devils offer, with Manuel Pellegrini on the look-out for a replacement for Frank Lampard – whose loan deal expires next month.

It remains to be seen how Barcelona will react to the interest and if Enrique does feel Rakitic isn’t in his long-term plans, then they may be tempted to cash-in and turn a quick profit on their investment.

But I’d personally be surprised if the Spaniard’s agreed to sell mid-season. Rakitic was brought in as the long-term replacement for Xavi and I’m sure they’ll want to give it an entire season before making a decision on his future, so United and City may have to wait if they want to lure the midfielder to England.