Man Utd will be looking to continue their excellent form when they take on Aston Villa on Saturday. Here is the side I think Louis van Gaal will select: 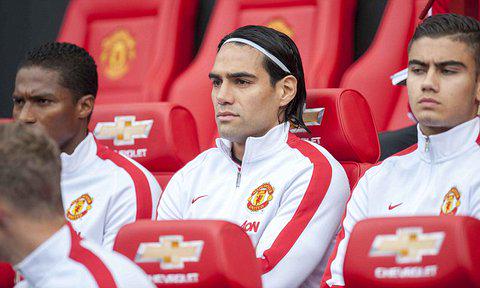 Manchester United will be looking to continue their excellent recent form when they take on Aston Villa on Saturday afternoon. Here is the side I think Louis van Gaal will select:

Goalkeeper: David De Gea produced one of the best performances of the season against Liverpool last weekend and no doubt the Spaniard will be continuing in goal on Saturday.

Defence: Marcos Rojo is back in training and could return to the squad but he may be lacking the fitness to start. Rafael is also struggling for match practice after a number of weeks on the sidelines while Luke Shaw remains out with an ankle injury. van Gaal could revert to a back four this weekend which would comprise of Ashley Young, Jonny Evans, Phil Jones and Antonio Valencia.

Midfield: This would allow Michael Carrick to move back into midfield where he’ll once again be joined by Marouane Fellaini, who has played his way into van Gaal’s first team plans in recent weeks. Ander Herrera could come into the side with Daley Blind still missing and Angel Di Maria is likely to be named on the bench at best as he continues to recover from a hamstring injury.

Attack: Radamel Falcao has pleaded to come back into the starting eleven after being left out in favour of James Wilson last week. However, van Gaal clearly has reservations about the Colombian so I think we might see Wayne Rooney move further forward alongside van Persie against Aston Villa with Juan Mata playing just behind the duo. 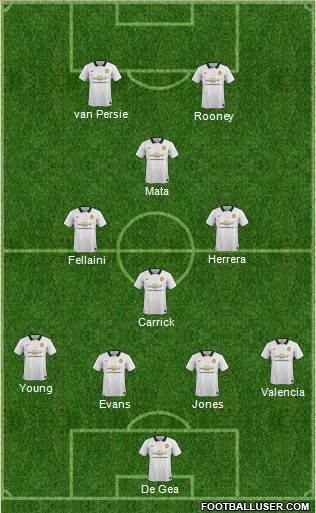