With the January transfer window fast approaching managers are formalising their plans to strengthen their squads ahead of the second half of the season, so we’ll bring you all the latest news and gossip. Today, Arsenal are ready to bid for Man Utd target Christoph Kramer. 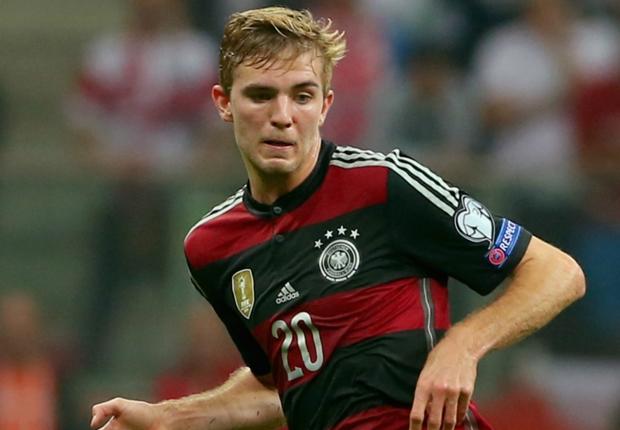 Arsenal are preparing a €25m (£20m) bid for Manchester United target Christoph Kramer as Arsene Wenger confirms he’s ready to spend this January, according to reports.

Kramer caught the eye with some impressive displays at the World Cup and he started for Germany in the final against Argentina before being forced off with concussion following a nasty blow to the head midway through the first half.

He has continued his excellent form this term which has led to speculation linking him with a move to the Premier League with Arsenal and Manchester United strongly linked with a move for the tough-tackling midfielder in recent months.

However, it looks as though the Gunners are ready to steal a march on their rivals as the Daily Mail are reporting today that the North Londoners are preparing to launch a €25m (£20m) bid for Kramer when the January transfer opens.

Arsene Wenger is believed to be on the look-out for at least one new addition next month with a defensive midfielder one of his top priorities after seeing his midfield options decimated by injury in recent weeks, with Mikel Arteta, Jack Wilshere, Abou Diaby and Aaron Ramsey all currently on the sidelines.

But Arsenal face a tough time in trying to land Kramer in January as he’s currently in the middle of a two-year loan spell at Mönchengladbach and although his parent club, Bayer Leverkusen, may be tempted to cash in, Mönchengladbach will do all they can to ensure he’s forced to see-out the remaining six months of his loan.

The Mail suggest that Wenger has lined-up possible alternative targets including Southampton’s Morgan Schneiderlin, Leverkusen’s Lars Bender and Borussia Dortmund’s Ilkay Gundogan, but all would be difficult to sign mid-season.

The news comes as Wenger has made clear that he is ready to spend if he can find the right player next month. The Frenchman told reporters:

‘If we find the right player we will do it. I said that many times, without any doubt. I’m not scared to spend money and if you go out with me at night, you will understand.

‘There were periods where we didn’t have the money. What I don’t like is to spend the money I don’t have.

‘What I did fight against was to spend money that would put the future of the club in danger.’ Wenger is quoted as saying by the Daily Mail

Arsenal fans will be delighted to hear their manager is willing to loosen the purse-strings next month as many supporters feel the club desperately need a centre-back as well as a defensive midfielder, but unfortunately it looks as though many of their key targets are going to be difficult to land in January.

It also remains to be seen how Man Utd will respond should Arsenal make their interest in Kramer formal, as Louis van Gaal may step-up his interest in the German international and the Gunners could find themselves in an expensive bidding war.