Chelsea will be looking to restore their gap at the top of the Premier League table when they take on Stoke City at the Britannia Stadium tonight.

The Blues have seen their lead over second-placed Manchester City disappear in recent games and Manuel Pellgrini’s men moved level on points with a 3-0 win over Crystal Palace on Saturday afternoon.

Jose Mourinho’s side recovered from their first loss of the season at Newcastle by beating Hull 2-0 at Stamford Bridge last weekend, but the West Londoners will be desperate to restore their three-point advantage at the top heading into the festive period.

Stoke have proven to be difficult opposition for many of the top sides at home over the years and they’ll be hoping for a repeat of last seasons result that saw them register a 3-2 win in this corresponding fixture.

Mark Hughes men go into the game tonight sitting 13th in the table but will want to put some distance between themselves and the drop zone with just four points separating them from the bottom three.

Chelsea should be able to recall number one goalkeeper Thibaut Courtois after he recovered from a muscle injury that’s kept him out for the last two games.

Kurt Zouma is available for selection despite picking up a nasty head injury against Derby County in the League Cup last week, but he’ll most likely be among the subs with Gary Cahill starting alongside John Terry at the back.

Didier Drogba is also in contention having recovered from a minor ankle knock that he suffered at Pride Park last time out.

Stoke welcome back Bojan Krkic after he returned to training following a hip injury that he picked up against Crystal Palace last week.

Midfielder Stephen Ireland is struggling with a knee injury but defender Marc Muniesa should overcome a hamstring complaint. 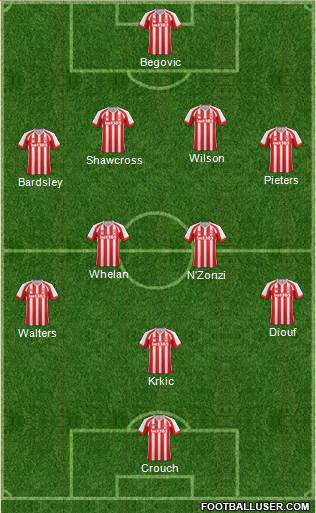 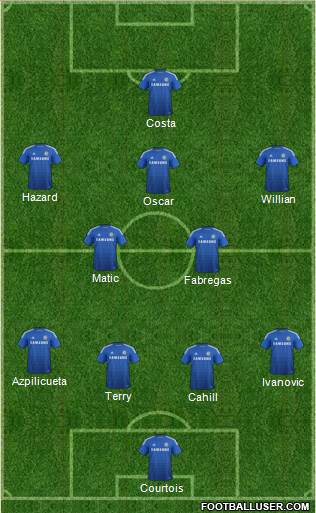 Stoke 1-2 Chelsea: Stoke is always a difficult place to visit and they have an impressive record against the big sides at home, but Chelsea are a formidable outfit and I think we’ll see them edge this one tonight.

Chelsea are understandably the heavy favourites tonight but new customers can get enhanced odds of 4-1 on Chelsea winning with Betfair. A 2-1 win for the Blues is on offer at 9/1 while our other tip is Diego Costa to open the scoring at 4/1, and if we combine those two bets in a scorecast, then we get very tempting odds of 41/1. Surely that’s got to be worth a couple of quid!?