Man Utd midfielder Ander Herrera has confirmed that he should be back in action ‘soon’ after missing Saturday’s 1-1 draw at Aston Villa with a minor injury. 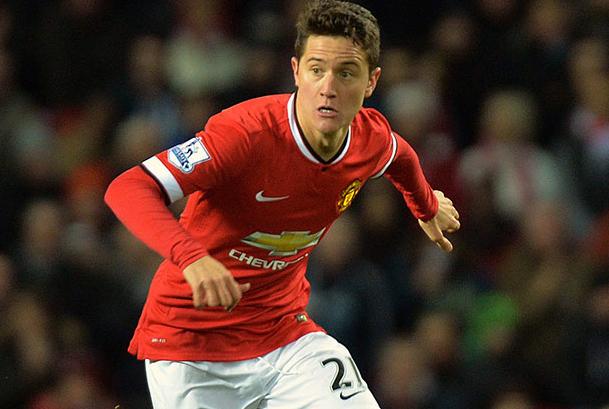 Manchester United midfielder Ander Herrera has confirmed that he should be back in action ‘soon’ after missing Saturday’s 1-1 draw at Aston Villa with a minor injury.

Herrera missed the trip to Villa Park on Saturday afternoon and had to watch from the sidelines as the 20-time league champions were held by 10-man Villa.

The Spanish international took to his official Instagram page over the weekend to congratulate his team mates for their efforts and to reveal that he’s suffering from a ‘little injury’ but should be available again ‘soon’.

The news will be a relief to boss Louis van Gaal as he’s seen his first few months at Old Trafford beset by injury problems with a number of his key players spending lengthy spells on the treatment table, so the last thing he’d want is to see Herrera ruled out for any period of time.

The 25-year-old is now expected to have a late fitness test ahead of United’s clash with Newcastle United on Boxing Day. If he fails to make that match then he could return for the trip to White Hart Lane to face Tottenham two days later.

United head into the festive period sitting third in the Premier League table but are seven points off joint-leaders Chelsea and Manchester City so they’ll have to keep the pressure on with six points over the next two games if they want to have any chance of competing for the title.

Well done mates! One more point to keep us in the top positions. I can't be with the team today due to a little injury, but I will be ready again soon. Cheers to everyone! // Buen trabajo chicos! Un punto más que nos mantiene en los primeros puestos. No he podido ayudar al equipo por un pequeño problema muscular, pero muy pronto estaré listo de nuevo. Saludos a tod@s!