Liverpool take on Swansea City at Anfield this evening. Here’s a preview with team news, line-ups, predicted score and betting tips for the game.

Liverpool will be looking to close the gap on the top four when they take on Swansea at Anfield on Monday night.

The Reds head into the game sitting tenth in the Premier League table but can move level on points with eighth-placed Swansea with a win tonight and more importantly, go to within five points of fourth-placed Southampton.

Brendan Rodgers men secured a 1-0 win away at Burnley on Boxing Day thanks to a Raheem Sterling effort but the Merseysiders have won just two of their last eight league games at Anfield, so they’ll have to improve that record soon if they want to stand a chance of qualifying for the Champions League again next season.

Rodgers obviously knows tonight’s opposition well having guided Swansea to promotion in 2011 but they come into the game sitting above Liverpool in the table after a 1-0 win over Aston Villa last time out.

Liverpool will have to recall Simon Mignolet to the starting eleven after Brad Jones picked up a thigh injury against Burnley.

Kolo Toure is also a doubt having been forced off at Turf Moor so Emre Can could be in-line to start in defence as Dejan Lovren is likely to once again miss out with a groin injury.

Swansea will have to make-do without influential winger Jefferson Montero after he picked up a hamstring injury against Villa.

Jazz Rochards, Wayne Routledge and Tom Carroll are all in-line for recalls as Gary Monk rotates his team, with Jonjo Shelvey expected to be given a breather. 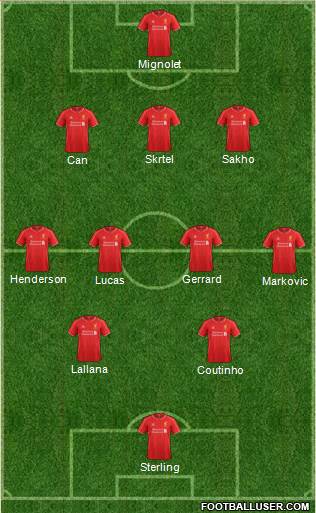 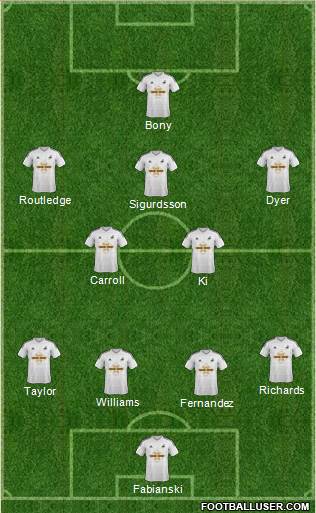 Liverpool 2-1 Swansea: Liverpool appear to be finding some form and are grinding out results lately. They have to pick up their home form at some point and I think they’ll do just enough to secure the victory this evening.

Liverpool are the heavy favourites to win but Football-Talk can get you enhanced odds of 5-1 on the Reds to win with Betfair. A 2-1 home win is also on offer at 17/2 while Sterling looks a decent bet at 13/2 to open the scoring. If we combine that with a 2-1 away win in a scorecast, then we get very tempting odds of 41/1. Surely that’s got to be worth a couple of quid!?