Manchester United boss Louis van Gaal has been handed a timely boost with defender Marcos Rojo hoping to be back in action as soon as possible. 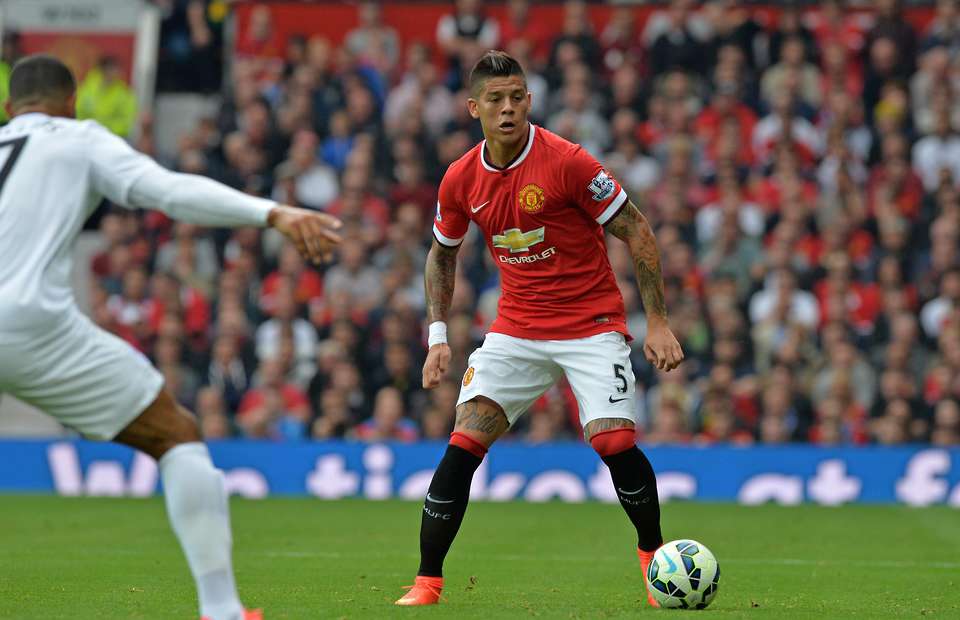 Manchester United boss Louis van Gaal has been handed a boost with defender Marcos Rojo hoping to be back in action as soon as possible.

Rojo has been on the sidelines since picking up thigh muscle injury during the Reds 2-1 win over Southampton at St Mary’s back on December 8th.

The 24-year-old has subsequently missed games against Liverpool, Aston Villa, Newcastle United and Tottenham Hotspur and he’s admitted it’s been difficult to sit and watch-on from the stands.

“It’s something you never want to go through,” he explained. “You always want to be out there playing on the field, helping your team-mates.

“I’ve had the misfortune to get injured recently and I really don’t like it. It’s terrible to miss training and be out of the team. I just hope I can regain my full fitness quickly and it doesn’t happen again, as it’s never good being injured.”

However, it looks like the versatile defender is now closing in on a comeback as he’s revealed that he wants to get back on the pitch as soon as possible and help out during this busy festive period.

“Certainly there are a lot of games coming quickly, one after another,” Marcos said. “That’s what I want, to get fit as quickly as possible so I can lend a hand to the team.

“The manager is going to want as many players as possible for this busy period. It’s an important part of the season with so many games in quick succession.”

United take on Stoke City on New Years Day and although Rojo has taken part in some light training recently, that game is likely to come a little too soon, but he could be back in contention to take on Yeovil Town in the third round of the FA Cup at the weekend.

Rojo’s return will come as a welcome boost to boss Louis van Gaal as the Dutchman has had to deal with a number of injury problems in recent months and he’ll now be able to rotate his players and keep them fresh during this busy time where games come thick and fast.