Manchester United will be looking to kick start the new year on a positive note when they take on Stoke City at the Britannia on Thursday.

The Red Devils are currently on an impressive nine-game unbeaten run but were frustrated to only come away with a point after being held to a 0-0 draw by Tottenham at White Hart Lane on Sunday.

Louis van Gaal has survived a difficult start to life at Old Trafford and his side now sit third in the Premier League table but they’ll have to come away with three points tomorrow if they want to keep alive any slim hopes of challenging for the title, with leaders Chelsea now ten points clear.

Stoke will be quietly confident of causing an upset as they have a strong record at home to the top sides and won this corresponding fixture 2-1 last season, with Mark Hughes’ men coming into the match sitting comfortably in mid-table.

Angel Di Maria remains unavailable with a pelvic injury so he joins Daley Blind and Marcos Rojo on the sidelines.

Ander Herrera and Adnan Januzaj both returned to training this week but may be short of match fitness to start.

Marouane Fellaini is likely to miss out again with a rib complaint while Radamel Falcao could be rested.

Stoke are expected to be without Bojan Krkic as the attacker is struggling with a hamstring problem.

Victor Moses, Peter Odewingie and Steve Sidwell remain unavailable but Phil Bardsley has a chance of returning from a shin injury. 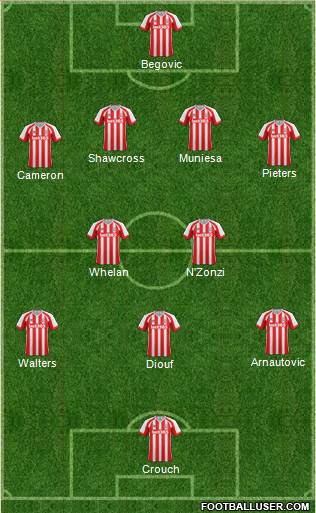 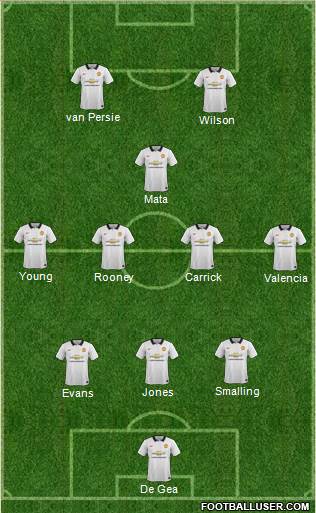 Stoke 1-2 Man Utd: United have found their form in recent weeks and although I expect Stoke to give them a tough game, I can see the 20-time champions just edging it tomorrow.

Man Utd are favourites to win the game but new customers can get enhanced odds of 5/1 on an away win with Betfair while a 2-1 win is on offer at 9/1. I fancy Wayne Rooney to open the scoring at odds of 6/1, and if we combine that with a 2-1 win in a scorecast then we get very tempting odds of 49/1. Surely that’s got to be worth a couple of quid!?