With the January transfer set to open for business, managers are getting ready to strengthen their squads ahead of the second half of the season, so we’ll bring you all the latest news and gossip. Today, Arsenal are linked with Loris Karius…. 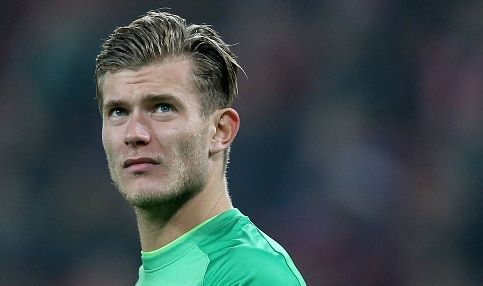 The 21-year-old has emerged as one of the best young goalkeepers in Europe and has now established himself as the Mainz No.1 since breaking into the first team set up two years ago.

Karius was previously on the books at Manchester City before heading back to his homeland in the summer of 2012 and having already represented Germany at every youth level from Under 17 to Under 21, he’s being tipped to be Manuel Neuer’s understudy in the senior team for years to come.

His impressive form has already attracted interest from the likes of Borussia Dortmund, Schalke and Valencia but the Mirror are claiming that Arsenal have now also joined the race for his signature.

Karius is out-of-contract at the end of the current campaign and although he’s indicated his willingness to remain with Mainz, he’s yet to agree terms over an extension and could be tempted by a free transfer move in the summer.

The newspaper suggests that Arsenal are keeping a close eye on the players progress ahead of a potential move at the end of the season as doubts continue to grow over the long-term future of Wojciech Szczesny after another poor display during our 2-0 defeat to Southampton on Thursday.

However, the Mirror state that the likes of Dortmund and Schalke are ready to try and persuade Mainz to cash-in during the January transfer window, so Wenger may be forced to make his swoop earlier than anticipated.

Should Mainz decide to sell this month then the fee is likely to be minimal, so we could get a real bargain if we’re able to temp him to leave the Bundesliga for the Premier League.

Karius sounds like he has a bright future ahead of him but I’d still be surprised if Wenger did bring in another keeper, particularly in January. He’s shown a great deal of faith in Szczesny and we only brought in David Ospina in the summer. Not to mention Emi Martinez – who should real promise during his stint in the first team – so I’d be shocked if anything came of this.