Arsenal Do Battle With Liverpool Over €19m Spanish Attacker

Arsenal and Liverpool are set to do-battle over the signature of €19m-rated Lazio forward Keita Balde Diao this month, according to reports today.

With the January transfer now open for business, managers are working hard to strengthen their squads ahead of the second half of the season, so we’ll bring you all the latest news and gossip. Today, Arsenal and Liverpool are linked with a Spanish forward…. 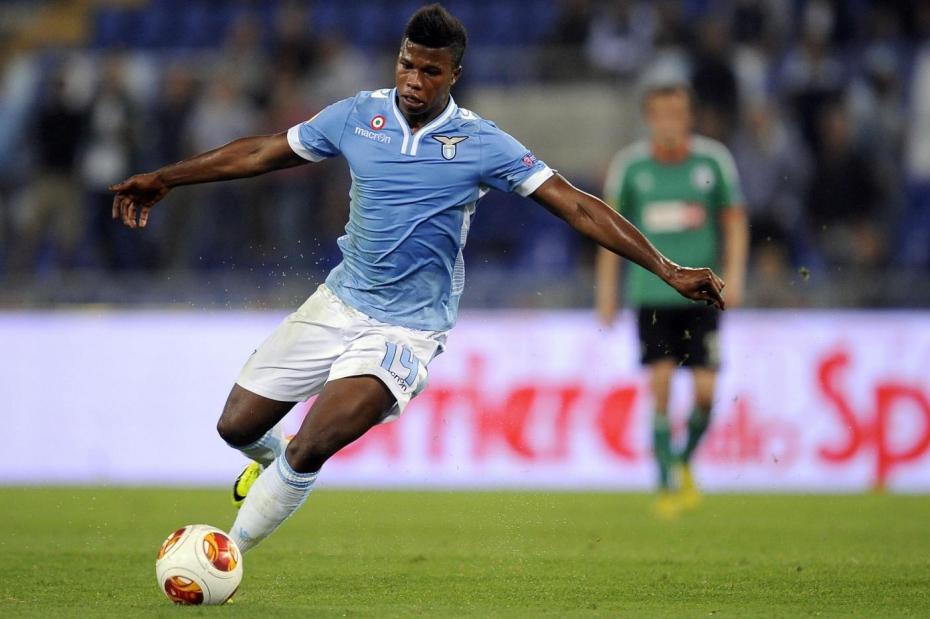 Arsenal and Liverpool are set to do-battle over the signature of €19m-rated Lazio forward Keita Balde Diao this month, according to reports.

Keita has emerged as one of the most highly-rated youngsters in Serie A since making his Lazio debut last season and has gone on to score 8 goals and provide 11 assists in his 44 appearances so far.

However, as exciting a talent as Keita is, there are serious question marks over his attitude following a series of incidents and it’s understood Lazio are willing to cash-in this month if their €19m (£15m) valuation is met.

The Daily Star claim that the 19-year-old’s potential has alerted Arsenal and Liverpool with both Arsene Wenger and Brendan Rodgers said to be keen on luring the Spanish-born forward to the Premier League.

The newspaper suggests that Inter Milan are also interested but with Lazio believed to be reluctant to sell to a domestic rival, it looks like Arsenal and Liverpool are set to fight it out over the players signature.

Keita came through the youth system at Barcelona but was thrown out the club in 2011 due to concerns over his behaviour and it doesn’t seem like things have gotten any better in Italy, so Wenger and Rodgers may have their hands full if either of them do end up signing the youngster.

Lukas Podolski is on the verge of joining Inter Milan on a six-month loan deal so the Gunners may view Keita as a potential replacement for the German international as he’s able to play anywhere across the front line, but is predominantly viewed as a left-sided attacker.

Liverpool have been shy in front of goal during the first half of the season so it looks like Rodgers is hoping to spice things up by bringing in another attacker and Keita would be an interesting option if they could persuade him to move to Anfield.