Arsenal 2-0 Hull City: Analysing The Gunners Display From Front To Back

Arsenal eased to a 2-0 win over Hull City in the FA Cup at the Emirates on Sunday afternoon. Here, Gunner333 analyses the performance from front to back.

Arsenal eased to a 2-0 win over Hull City at the Emirates on Sunday afternoon. Here, Gunner333 analyses the performance from front to back. 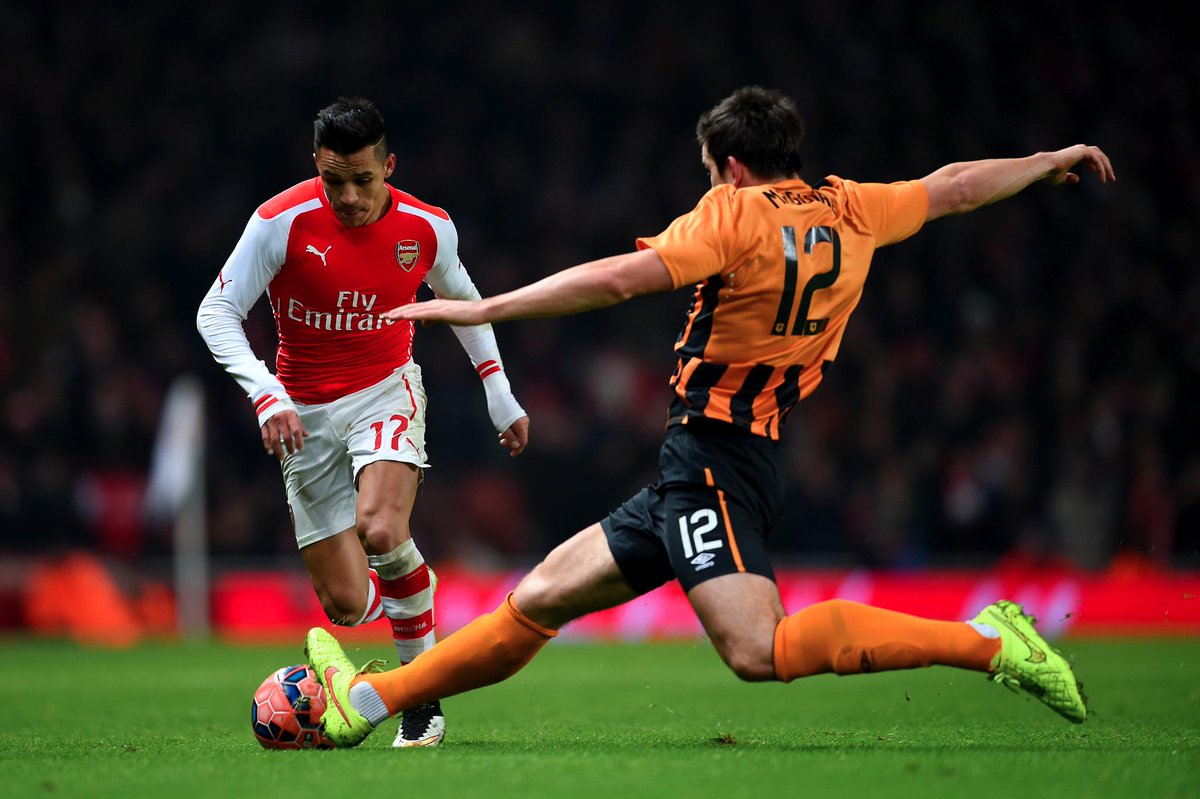 In a repeat of the 2014 FA Cup Final, Arsenal welcomed Steve Bruce’s Hull City to the Emirates for a third round tie on Sunday. Theo Walcott made his first appearance in a year, while Wenger also opted to bring in Ospina, Bellerin, Rosicky, Coquelin and Campbell, to freshen up a side still licking their wounds after the New Year’s Day defeat to Southampton.

So dissimilar to the team that lost to the Saints were the Gunners in this game, as they started excellently, eager to take a stranglehold of the clash in the opening moments. Campbell was handed a glorious chance to supply the lead, but Harper stood strong amid the one-on-one opportunity.

However, it wasn’t long before we opened the scoring as we took advantage of some shoddy Tigers’ defending at a set-piece. Not a stranger to leaking goals from corners, Per Mertesacker was the scorer this time,  guiding the opener into the net with a powerful header above the leap of Davies.

Sanchez was combining brilliantly with Rosicky to spark some danger  and on one occasion the Chilean saw the resultant shot from the two’s link-up play, blocked off the line by McShane.

As the game wore on, the visitors began to grow in statute and battled Wenger’s men hard for possession, despite the odd Arsenal effort threatening at the other end. However, eight minutes from time, Davies was once again the culprit, conceding too much space for Alexis Sanchez to expose, as the Chilean turned and dispatched a wonderful shot to secure the victory.

A relatively hard-fought tie but Arsenal were always the favourites to advance, as Wenger’s men keep alive this trophy defence. I shall now analyse the performance from back-to-front:

The decision to bring in Calum Chambers for Koscielny could have been a regretful one for Arséne but, along with the rest of the back-four, the former-Saint regained great composure and put in one of his best performances of the season. Mertesacker was also back to something like his best after his poor showing at Southampton, with the German utlising his size and strength well and even made the score-sheet.

At times the back-line did switch-off and on another day could have had their lead chalked off if the opposition were more clinical, but Ospina also put in a solid shift between the sticks even when Hull did threaten.

The full-backs were by no means exciting or dynamic when pressing the high-line, but did maintain good positional sense for much of the afternoon, keeping in-front of City’s attacking line when needed.

Flamini absent and a sublime midfield display- coincidence? I shall leave that one up to you. Focusing on the positives of this midfield combination, the Arsenal bark was finally met by some bite courtesy of the brave, warrior-type performance from Coquelin, who put in another impressive shift – although he may have been sent off on another day for a couple of robust challenges.

Tomas Rosicky is showing no signs of ageing and, in the first half especially, he looked the focal point of the midfield, distributing play especially well and often causing a goal threat.

Combine this vintage midfielder’s display with Cazorla’s continuing glowing showings amid the festivities and add in Canpbell’s darting runs and you have the makings of a very promising midfield. Through the middle the Gunners exhibited strength, speed, innovation and composure to tire Hull City legs and give Wenger even more qualms regarding his midfield options.

From the very sharp to the relatively quiet, the Arsenal attack was brilliant in finding space and causing havoc in the final third but, for much of the game, lacked a killer end product. Walcott understandably showed signs of being rusty but the timing of his runs were excellent and if he was match sharp, he’d have bagged at least one goal.

The everlasting pair of legs of Sanchez fail to tire, as he once again demonstrated lightning ability from a mental and physical perspective, showing sharp awareness to pick a pass or make runs, coupled with a burning desire to move across the entirety of the front-line, to make something happen.

Converting his sixteenth goal of the season, the Chilean could have very easily finished with a brace, had his earlier effort not been cleared off the line and seeing him partnered with Theo makes for a promising future partnership, with both containing blistering pace in their respective armouries.