Manchester United have been handed a major double injury boost with Luke Shaw and Daley Blind both expected to be fit to face Southampton this weekend. 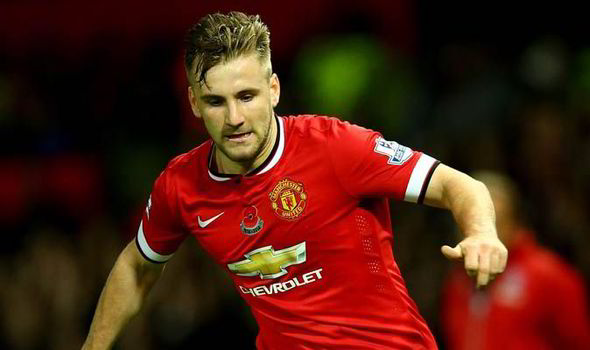 Manchester United have been handed a major double injury boost with Luke Shaw and Daley Blind both expected to be fit to face Southampton this weekend, according to the Telegraph.

Louis van Gaal has been sweating over the fitness of Shaw after he was substituted at half-time during United’s 2-0 win over Yeovil Town in the FA Cup on Sunday afternoon having picked up an ankle injury.

The 19-year-old has endured a frustrating first six months at Old Trafford following his £28m move from Southampton in the summer as a series of hamstring and ankle injuries have restricted him to just 10 starts this campaign.

Shaw only returned to action against Tottenham on December 28 following six weeks out with an ankle injury and it looked as though the left-back was set for more time on the sidelines after he appeared to aggravate the problem at the weekend.

However, the Telegraph claim that his withdrawal at Huish Park was just a precaution and further tests have revealed no lasting ankle damage. The defender will continue to be assessed over the coming days but United expect Shaw to be fit to face Southampton on Sunday.

The news will come as a welcome relief to van Gaal as with Ashley Young sidelined with a hamstring injury, the Dutchman would have been short of options for the left wing-back role had Shaw also been ruled out.

In what’s a double boost for United, the newspaper report suggests that Daley Blind is also back in contention having come through two full weeks training unscathed.

The Dutch international has been on the sidelines since damaging knee ligaments during Holland’s Euro 2016 qualifier against Latvia back in November but it looks as though he’s now fully-fit and pushing for a start against the Saints this weekend.

Blind was used as a holding midfielder during the early parts of the season when Michael Carrick was out but with the former Tottenham man now fit again, it will be interesting to see how van Gaal fits Blind into his side.