Chelsea and Man Utd have been handed a boost in their pursuit of Raphael Varane with Real Madrid prepared to sell the defender if their €25m valuation is met.

With the January transfer now open for business, managers are working hard to strengthen their squads ahead of the second half of the season, so we’ll bring you all the latest news and gossip. Today, Chelsea and Man Utd are linked with Raphael Varane…. 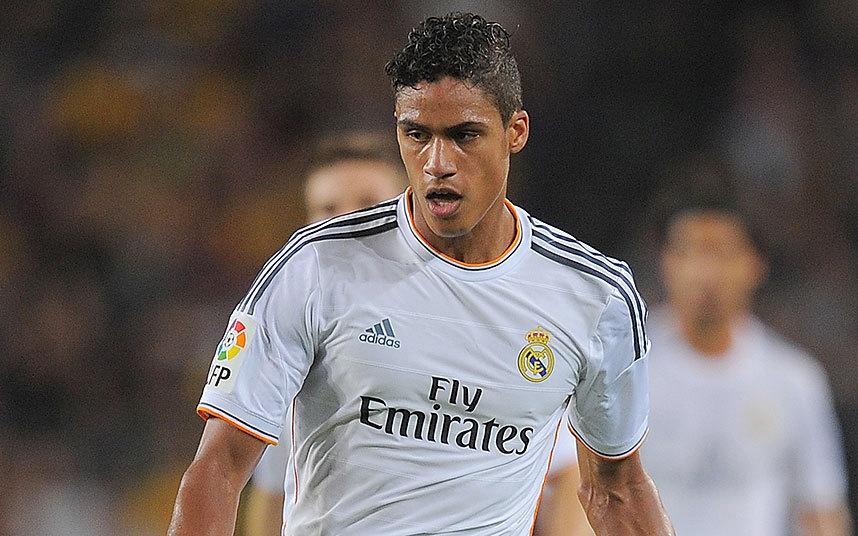 Chelsea and Manchester United have been handed a major boost in their pursuit of Raphael Varane with reports claiming that Real Madrid are prepared to sell the defender if their €25m valuation is met.

Varane has been on the books at Madrid since joining the club from Lens in 2011 but he’s found it difficult to force his way into Carlo Ancelotti’s first team plans on a regular basis, with the Italian preferring Pepe and Sergio Ramos as his centre-back pairing.

It’s meant Varane has managed just 46 La Liga appearances over the past three-and-a-half years and understandably the French international is becoming increasingly frustrated at his bit-part role at the Bernabeu.

It looks like he could be offered a fresh start in England as the Express claims that Chelsea and Manchester United have made Varane one of their top transfer targets and are prepared to offer him the chance of regular first team action if he makes the move to the Premier League.

Until now, it was thought that Madrid would rebuff any approaches for the 21-year-old, but the newspaper suggests that the European champions are now ready to sell and have told Chelsea and United Varane can leave if their €25m (£20m) valuation is met.

It’s understood that Madrid are set to reward Pepe with a new long-term deal and are prepared to let Varane go so that Nacho can step up and stake his claim for the first team.

It remains to be seen how much truth there is behind these reports, but it would certainly be a major coup if either Chelsea or United were able to lure the French international away from Madrid as he’s one of the most exciting young defenders in European football.

With John Terry approaching the end of his illustrious career at Stamford Bridge, Varane would be the ideal long-term replacement and Jose Mourinho knows the player well from his time in Spain.

However, United have had their fair share of injury problems at the back this season so van Gaal is expected to be in the market for reinforcements, and Varane would be the king of player he could build his new-look defence around for years to come.